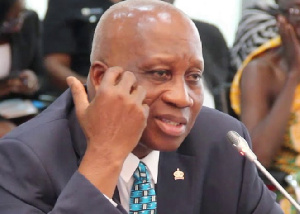 Supreme Court Judge His Lordship Samuel Marful-Sau has died at the age of 64 years, a source has confirmed to African Editors.

Justice Marfo-Sau rose to the Supreme Court when President Akufo-Addo appointed him in 2018.

Marful-Sau was admitted to practice in Ghana as a Barrister-at-Law and Solicitor in 1984 and served briefly as a prosecutor in the office of the Special Public Prosecutor from August 1984 to July 1986.

In 2002, he was appointed a Justice of the High Court and was elevated four years after to the Court of Appeal where he served until he was appointed to the Supreme Court in 2018 by President Akufo-Addo.