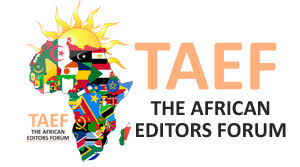 The African Editors Forum (TAEF) has kicked against Botswana’s Procedure and Evidence Bill currently before parliament and called on President Mokgweetsi Masisi to immediately withdraw it to protect media freedom and deepen democratic experiment.

A statement issued by TAEF Chairperson Jovial Rantao on 27 January, 2022 said “This is by far the worst piece of legislation to have emerged in Botswana, the Southern African region and the rest of the continent in recent history. The government of Botswana must hang its head in shame and withdraw the Bill immediately”.

Below is the press statement:

The African Editors Forum is horrified at the contents of a draconian piece of legislation which is being rushed through parliament by the government of Botswana. The planned legislation will have a chilling impact on media freedom as well as other civil liberties.
TAEF strongly calls on the government of Botswana generally, and the President of Botswana Mokgweetsi Masisi to withdraw the Criminal Procedure and Evidence Bill from Parliament and continue to build and deepen the country’s democracy by introducing instead, among others, the Freedom of Information Act.

The Criminal Procedure and Evidence Bill will empower the law enforcement agencies of Botswana to, among others:
–
Intercept communication of journalists and other citizens.
–
Force journalists and ordinary citizens to disclose information.
–
Allow intelligence agents to use fake identities and be immune from prosecution.
The Bill will allow the government to spy on citizens without a warrant and supervision from the courts. This is a direct move to subvert democracy and violate the rights of the media to do its work freely and the rights of Batswana to freely receive information.

TAEF stands in solidarity with the Editors Forum of Botswana and shares concerns that the Bill
will jeopardize freedom of expression and is a direct threat to the work of journalists, trade
unionists and other social activists.
“This is by far the worst piece of legislation to have emerged in Botswana, the Southern African region and the rest of the continent in recent history. The government of Botswana must hang its head in shame and withdraw the Bill immediately,” said TAEF chairperson Jovial Rantao.

Media freedom is not merely the freedom of journalists to work and provide credible, verified
and relaible information to the public, but is in fact the freedom of the people of any country to
impart and recieve information that helps them make decisions about their lives and their country.

It is for this reason that TAEF calls on Batswana to roundly reject this draconian Bill and on the
Commission for Human and People’s Rights, through the Office of the Special Rapporteur on
Freedom of Expression and Access to Information and indeed the African Union Commission to
take a stand and sanction Botswana.
Media freedom is a measure of any country’s democracy and the regression underway in
Botswana means the erosion of the democratic space. It also means the noble goals of building
the Africa we want as envisaged in Agenda 2063 will remain a pipedream.