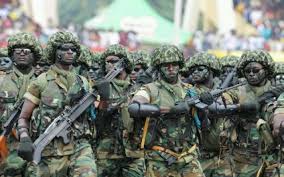 Executive Director for West Africa Center for Counter Extremism Mr. Muntaru Mumuni Muqthar has called for sensitization of communities so that they would not be lured into terrorist activities by Terrorists groups.

His call follows appeal by Information Minister Kojo Nkrumah to Ghanaians to immediately report cases of terrorist threats after the security agencies revealed a Ghanaian has recruited into the terrorist group.

In an interview monitored by African Editors on Tuesday 19 July 2021, the Security Expert Muqthar stressed on the need for these communities to be empowered against terrorism.

Mr. Muqthar noted that ” What we need to do is to go beyond State Security and meet Civil Society Groups and local communities to ensure that they engage the local populace to understand the character of threat they are dealing with and help those resilient against it”.

Meanwhile, the government through the Minister of Information has sniffed pockets of terrorist and piracy threats along our Coastal borders.

This harrowing situation has further sparked public awareness as the government deployed soldiers around these areas to ensure safety.