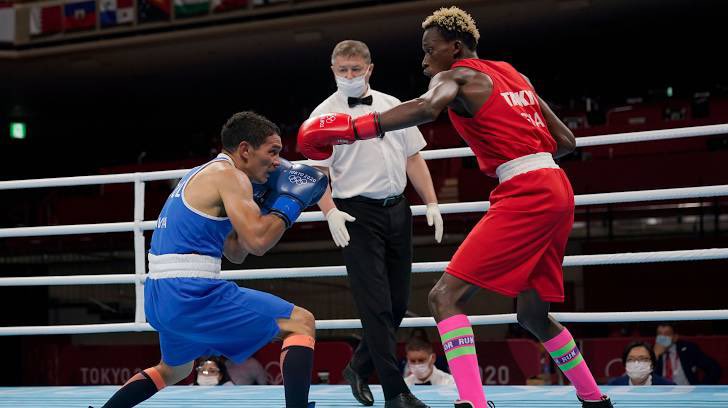 Boxer Samuel Takyi, 20, has put smiles on the faces of Ghanaians after winning a first medal for team Ghana in the ongoing Olympics Games after defeating 32 year Colombian David Ceiber Avila in a 3-2 split decision in the quarter final of the 2020 Olympics in Tokyo, to become the first Ghanaian Athlete to win medal since Ghana won a medal in Barcelona 1992.

Takyi, started the bout on a slow pace and was on the loosing side until he turned things around in the 2nd, 3rd round to secure the needed victory which now takes him into the semifinals of the boxing competition.

In Olympics, winning a quarter final bout guarantees you a medal, which means Takyi has become the first boxer to win a medal for Ghana since Prince Amartey won bronze in Munich 1972.

His victory sparked celebrations on the ringside and even a bigger one in Ghana Bukom, where hundreds of people were singing and celebrating Takyi’s victory around 3am on the streets of Accra.

Takyi’s seminal bout will be against USA’s Duke Ragan on Tuesday, 3rd August 2021.

All Ghanaians are praying and hoping he wins and qualify into the finals.