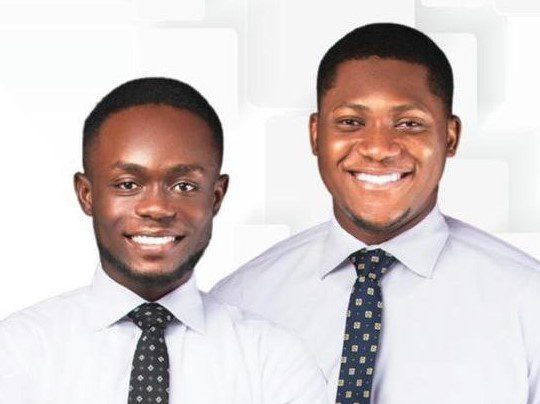 Electoral Commission of the University of Ghana, Legon has announced Prince Asumadu and Wisdom Ndukwe as President and Vice President of the 2021 Student Representative Council (SRC) Elections.

The two garnered 7,647 votes, representing 51.6%of the complete votes cast.

2021 SRC official race took for a run-off turns after the failure of all the four contending groups to get the required 50% in addition to one vote (50%+1).

In the previous political race, Samuel Amos Ofosu and Running Mate, Alfred Acquah drove the official polls after they accumulated a sum of 5,760 votes representing 41.97% out
of the legitimatee votes cast.

This was trailed by Prince Asumadu and his Running Mate, Wisdom Ndukwe, who managed to get a sum of 5,102 votes, representing 37.18% of the all out substantial votes cast.

On Friday, October 29, the students emerged from their individual lobbies to project their voting papers, through internet casting a ballot and the utilization of the polling station.

Following a few hours of pausing, students were not educated regarding who precisely will lead the students body by the school’s Electoral Commission.

This brought about uncomfortable quiet on Friday evening nearby when occupants of contradicting corridors, Commonwealth and Sarbarh pelted stones at each other.

In any case, because of the mediation of the Police Service peaceful atmosphere was reestablished.

Prince Asumadu and Wisdom Ndukwe, winners of 2021 University of Ghana SRC Presidential Elections were earlier endorsed by Tein, the Campus branch of the NDC.