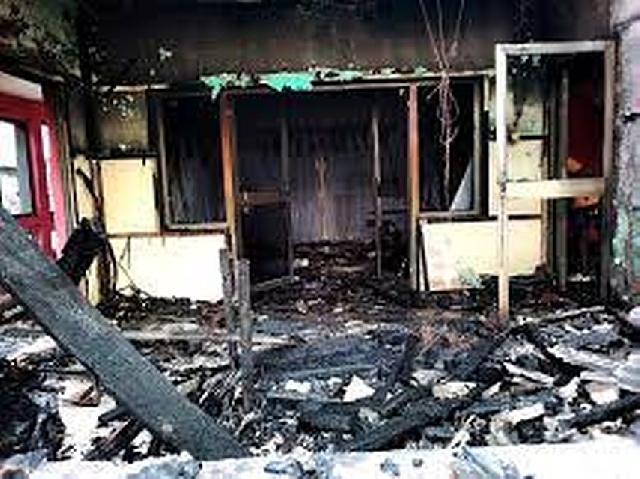 There is uneasy calm at Teshie few days to the annual Homowo Celebration.

This follows chaotic scenes that broke out between two feuding factions over long existing chieftaincy dispute.

It led to the burning of Wulomo shrine, throwing of broken bottles and  pelting of stones during which one person was shot.

Nine suspects were arrested by Accra Regional Police Command over renewed violet clashes between feuding factions that led to shooting of one person.

In view of this development, the Ledzokuku Municipal Assembly has served both Wolomos with a letter stopping them from celebrating the Homowo Festival.

According to MCE for Ledzokuku Naa Agyeley Twum-Gyamerah who is being accused of supporting one of the feuding factions in the matter, the incidence occurred due to long standing chieftaincy dispute.

She noted that the chaotic scene broke out leading to the violent clashes because a chief has been gazetted but others don’t want to recognize him. That’s their own case. I’m not supporting anyone”.

Meanwhile, Chief Inspector Kwabena Danso said “We’ve arrested 9 suspects to investigate the matter and unravel the cause of the attack”.

Chief Inspector Kwabena noted that “One person has been shot and has been given medical form. There is a heavy police deployment and I will urge residents to be calm. Investigation will prove matters”.