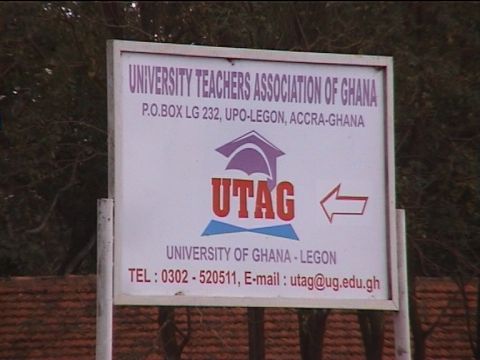 University Teachers Association of Ghana (UTAG) is warming up to suspend over two weeks strike after signing Memorandum of Understanding with government and stakeholders to resolve breakdown in negotiations over their worsening conditions of service.

The latest decision by UTAG to put on hold their full-blown industrial action, follows government’s renewal of fresh talks with the striking lecturers to return to the negotiation table.

UTAG has been on full-blown strike because government has been dragging its feet when it comes to implementing single spine package signed with the lecturers in 2012 coupled with worsening conditions of service plus unpaid promotional allowances.

The NLC attempted to compel the striking lecturers to resume work with a secured court injunction but UTAG refused to comply with the restraining order.

UTAG has since filed a motion in court to challenge the NLC’s court order and subsequent contempt of court to be filed by the NLC.

UTAG will also take appropriate steps to withdraw the motion it has filed to challenge NLC court seeking to compel them to return to the classroom.

Speaking after the signed MOU with government and other stakeholders in Accra on Wednesday 18 August 2021, National President of UTAG Prof. Charles Ofosu-Marfo said the “arrangement was for UTAG to suspend the strike but not call-off the industrial action, pending negotiations with government to address their grievances”.