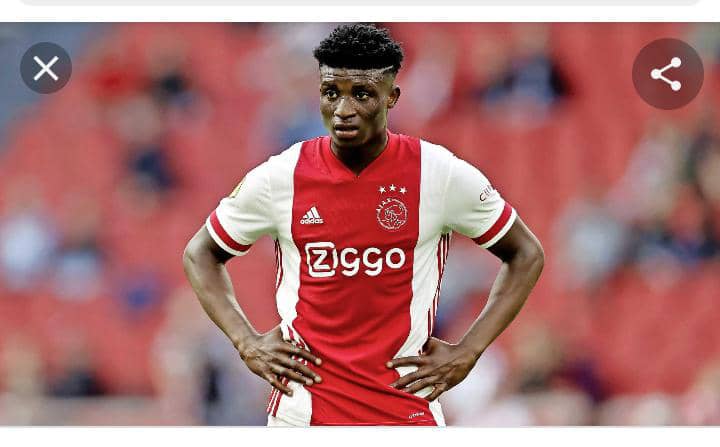 Ajax FC and Black Star Super Star, Mohammed Kudus has shown that he is from a humble beginning, by deciding to park his cars and board a trotro at the blindside of passengers and posted the video on social media network twitter.

Kudus who returned from injury not long a go, is currently in Ghana for Christmas break.

He is part of the 30 man squad released by the Head Coach of the Black Stars, Milovan Rajavac. But Ajax FC is unwilling to release him, especially when he just came back from injury.

Kudus board a trotro on the boxing day with many Ghanaians and made a short video of himself paying the trotro mate and collecting his change.

But unfortunately, for the other passengers they didn’t notice they were in car with football star. Surely some would have asked for a picture opportunity if they had known.