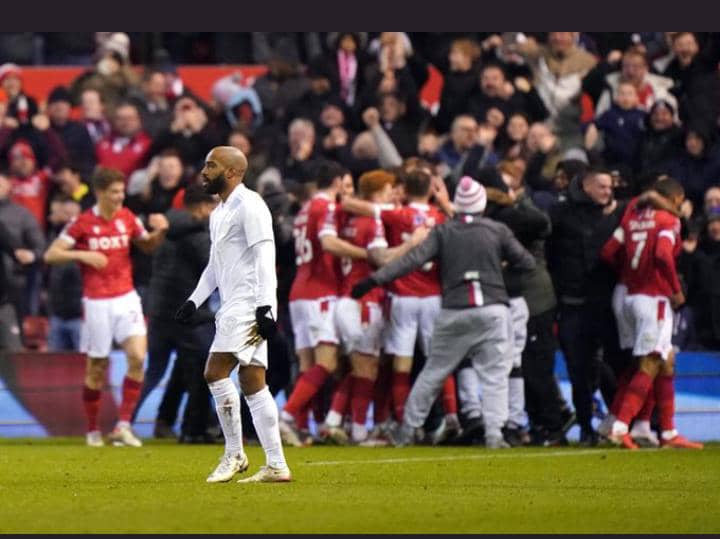 Fans of former UEFA Champions League winners, Nottingham Forest are teasing Arsenal fans in the third round of FA Cup by telling them, they will never be called Champions of Europe.

This weekend, there wasn’t Premier League matches, but rather the third round of FA Cup. It is the stage where the premier League clubs get involved in the FA Cup.

Arsenal lost by a goal to nil. But what is really trending is the message Nottingham Forest fans gave Arsenal fans.

They sang a song which seeks to mock Arsenal fans for not winning the Uefa Champions in their history.

“Champions of Europe you’ll never sing” they said in the song.

The far Arsenal has gone was the final in 2006 where they lost to Barcelona after scoring first.