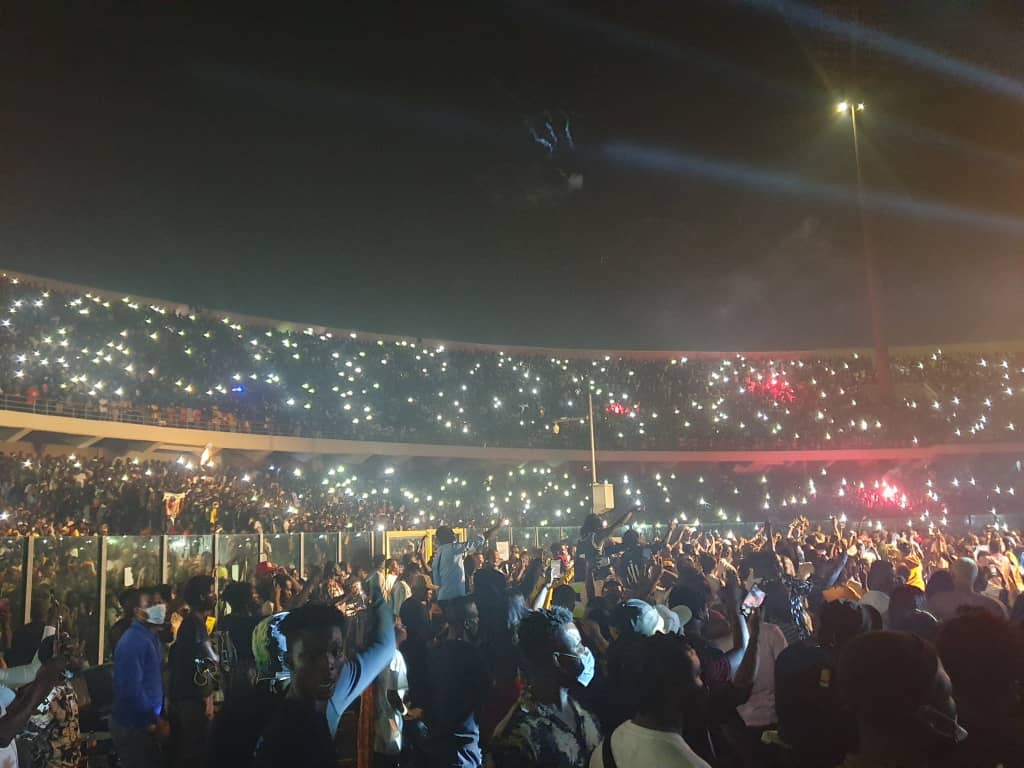 VIDEO: History made as Shatta and Medikal filled Accra Stadium to the brim

African Dancehall King Shatta Wale, and once upon a time the best rapper in Ghana, Medikal made history by filling the Accra Sports Stadium to the brim in a musical concert freedom waveon Christmas night.

Wale and Medikal said they were organizing the show to appreciate their fans for the support they have been giving them throughout, hence, made it affordable for all. One needed just 10 or 20 cedis to make it to the stadium.

As passionate as Shatta Movement (SM) and Midikals fans are, they never disappointed.

They showed up in their numbers and cheered on all artistes who performed on the night.

You might be dreaming if you think Shatta Wale is finished. He still has what it takes to pull numbers. Teaming up with his blood Medikal is the best thing the music industry is experiencing.

God bless the King Shatta Wale, Medikal and all the artistes that came to support the freedom wave. And also the fans for showing love to the King.