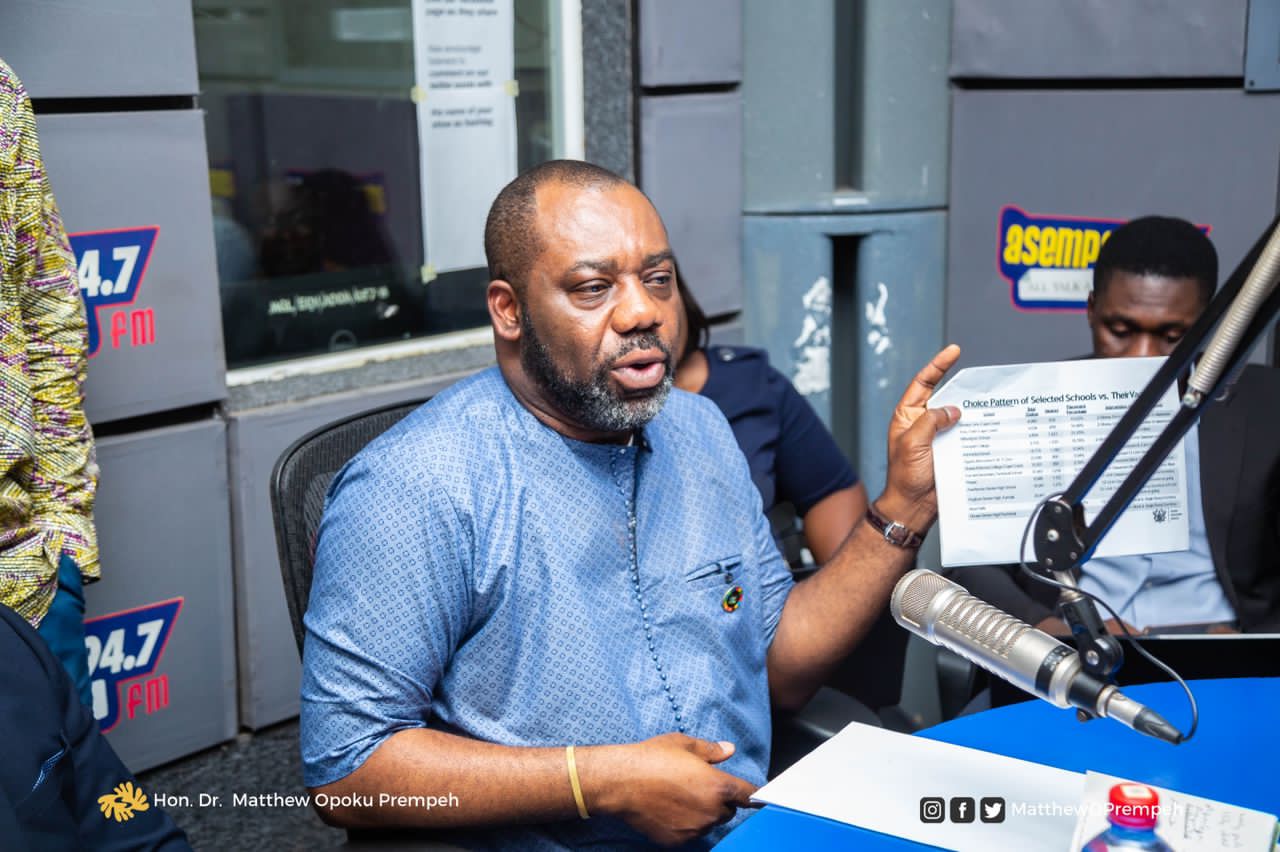 The Minister for Energy and MP for Manhyia South, Dr. Matthew Opoku Prempeh, also known as NAPO, has strongly refuted claims of ethnic bias in relation to his recent comments on radio regarding the Keta Sea Defence Wall Project.

It will be recalled that in the afternoon of 2nd December 2021, the Minister granted an interview to Asempa FM’s ‘Ekosii Sen?’radio programme.

In particular, in discussing the Keta Sea Defence Wall project, the Minister berated the NDC for abandoning the people of Keta for eight years during their administration, noting that the project never found expression in any of the then government’s eight budgets. He was emphatic in stating that “ I support the Finance Minister finding space withing the coffers to fund the Keta Sea Defence Project. I support that 100%”.

However, what the Minister said he found objectionable was the opposition NDC insisting that unless the government found a budget line for the project because it is in their stronghold, they would not approve of the budget, describing this as ‘holding a gun to government’s head’, in which case he would, as a Kumasi MP, also lead Kumasi residents in a demonstration to press for their needs arising out of flooding situations if the hostage-taking were to yield fruit.

According to sources close to the Minister, this simple, logical argument by the Minister on political hostage-taking that has deliberately been given an unfortunate ethnic twist through a selective airing of the tape by elements in the NDC to imply that he was against the Keta Sea Defence project and would lead a demonstration against it should it be included in the budget.

It must be placed on record that over the years, the Minister has worked with individuals and teams both in Parliament and Cabinet from diverse ethnic backgrounds, and never has this been an issue in those relationships.

According to the source, is sad and unfortunate that Dr. Prempeh’s political opponents, in a desperate attempt to deflect their party’s failure to decisively dealing with the Keta Sea Defence project, find it expedient to project him in a negative ethnic light to generate ill-feeling towards him, the NPP and the government.

The source concluded that Dr. Prempeh remains focused on his mandate as a Minister and Member of Parliament and continues to believe in social justice as a core value in projecting the interests of all Ghanaians.