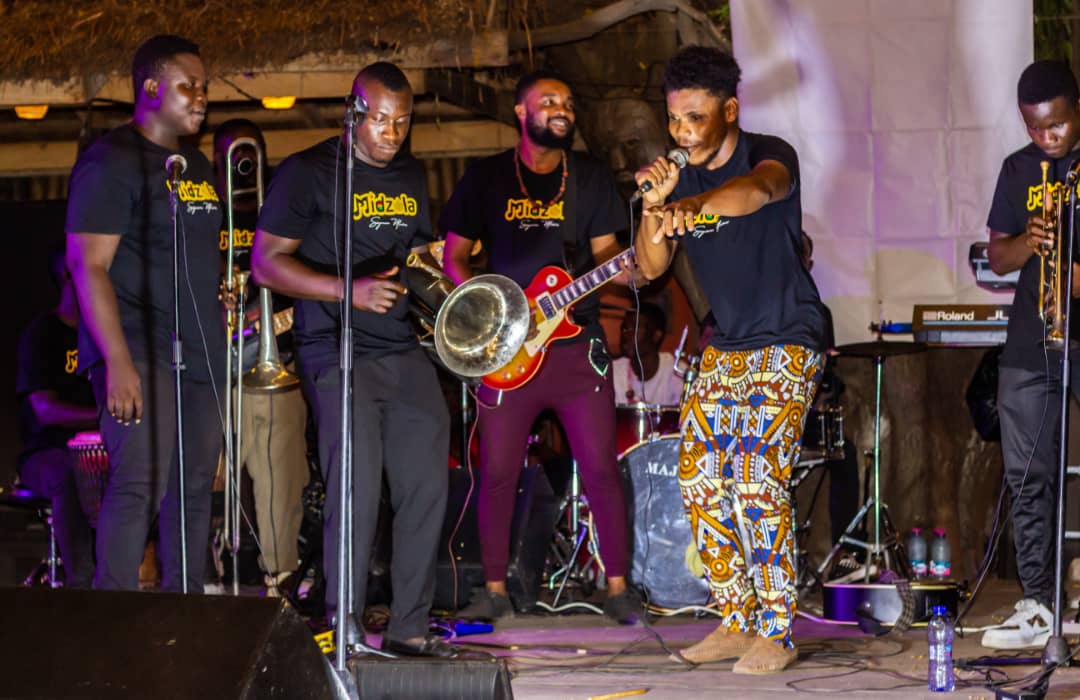 Ewe Traditional Folk Musician Seyram Dei, known in Showbiz industry as Seyram Music has urged Ministry of Tourism, Culture and Creative Arts to immediately institute a scheme and sponsorship package to promote the creative work of existing and upcoming musicians.

According to him, the Sector Minister Dr. Mohammed Awal should audition upcoming artistes to identify capable vocalists under an established music scheme to support them with sponsorship packages.

Speaking after the launch of VROOM Album on 24 July 2021 in Accra, the Peki Avetile-Born Ewe Traditional folk Vocalist
Seyram Music said “the purpose is to project my mother-tongue, I’m from Peki in the Volta Region…so I’m projecting my culture through music to give my people that sense of belonging, once the listen to an old- forgotten contemporary songs being revived by me, they feel proud”.

In what appears to be a solution to challenges facing the upcoming artistes, Seyram Music said “Tourism Mister should promote performing artistes, the put together sponsorship packages and scholarship schemes to promote numerous musicians out there, organise auditions to discover talents to lift up the Ghanaian music industry. But, the artiste needs to qualify first so they should conduct auditions to identify “.

According to Seyram Music, language is the integral part of culture and the loss of cultural identity is the lost of his people. In view of this, effort needs to be made in the area of music to project the cultural heritage of the indigenous people of Peki Avetile .

The VROOM Album which stands for Volta Region’s Organically Original Music with the headline : Road To Ewenyigba, referred to as the journey to my motherland, a mixture of Ewe and English language, is meant to promote and project the Cultural identity and heritage of the people of Peki Avetile and the Volta Region.

The Peki Avetile-born Ewe Traditional folk Vocalist Seyram Music who sing in his mother tongue noted that “This my second VROOM Album focuses on promoting Ewe folk music to the modern audiences.

Having spent over seven years within the music industry and launching his second Album VROOM after putting his nose to the grindstone, surmounting all the challenges, Seyram Dei known in private life and Showbiz circles as Seyram Music said he is determined to rise to the mountain top of his career as he insists the sky is the limit.

In all, the VROOM Album contains 16 tracks and under the scrutiny of a well-vexed hand in music, the necessary ingredients have been explored and included in the album. If respected for its ability, it would be a light upon thy path in the night and a staff in thy hands against all odds.

Below are exclusive pictures from the launch :

In this article:cultural identity of Voltarians,VROOM Album launched to project