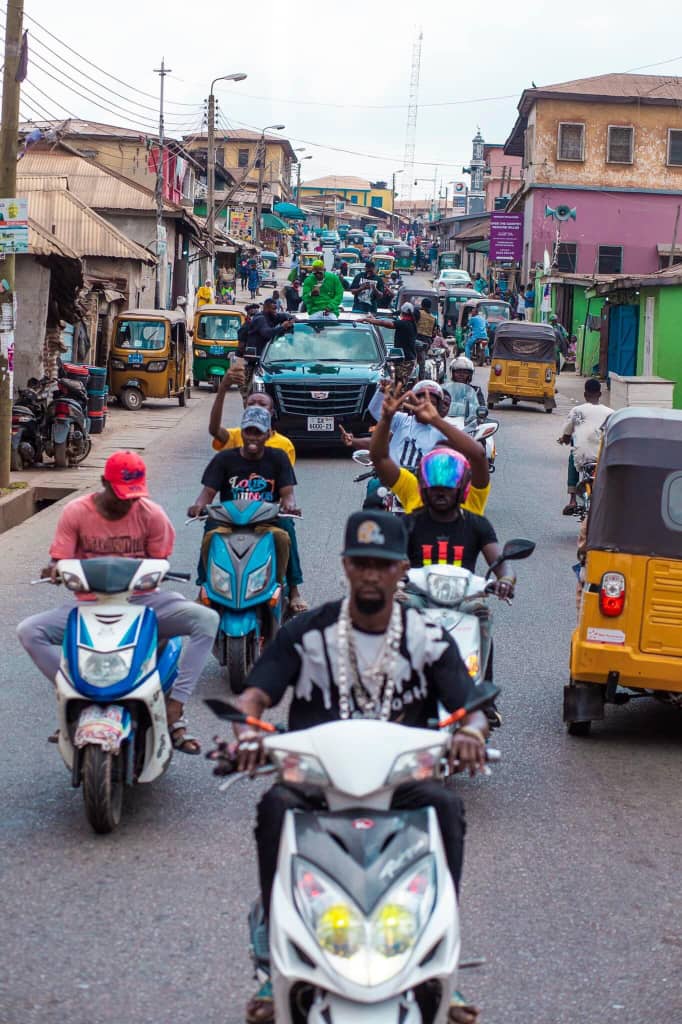 African Dancehall King Shatta Wale has once again proven to be one of the best stage performers on the continent with an electrifying performance at Taabea Taacum Concert in Kumasi at Heroes Park inside the Baba Yara stadium last night through to this morning.

Taabea company Limited organized the concert to project and promote their new product on the market Taabea Taacum, herbal medicine to help men who are sexually weak in bed.

Shatta Wale, who is a brand ambassador for Taabea products was the headline artiste and was ably supported by his very good friend Medikal.

The Accra based artistes were mobbed in Kumasi on their arrival amidst throwing of money by Shatta Wale into the crowd.

The concert was supported by some Kumasi artistes. Medikal mounted the stage with back to back hits songs before the Shatta Movement(SM) boss mounted the stage amidst cheers and noise from the crowd, an indication they have been waiting for the king’s arrival.

As usual, Wale gave the crowd a memory that will be with them for good. It was back to hit songs and electrifying performances that got the crowd jumping.

In between his performance, he stops and preaches forgiveness and togetherness, since it leads to the Lord’s blessings according to him.

Ghanaians will see more of such performance before December ends, since Shatta Wale has been bailed to perform on many more shows.

Below is the video: