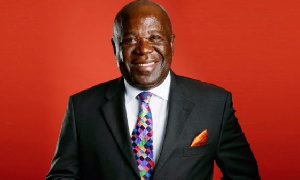 University of Cape Coast Chancellor and Business mogul Sir Sam Jonah says he was determined to bring to an end the culture of racism within the mining sector that led to segregation.

According to him, there was no Ghanaians within the mining sector largely dominated by foreigners, compelling him to rise to the occasion to defy all odds to break grounds for generations yet unborn.

Speaking in an interview monitored by African Editors on Saturday 31 July 2031 in Accra, the renowned Business Tycoon said “I changed salary disparity between expatriates and the local people “.

According to Sam Jonah, there was no culture of safety at the mines.

Sir Sam Jonah noted that “I was humbly working with persons who had no formal education”.

Responding to allegations levelled against him by Ex-president Jerry John Rawlings during the June 4th celebration, Sir Jonah says “It’s only Rawlings who says I’m treacherous, I have not betrayed any family, friends, workers or partners.

“I survived because it is not in my nature to give”, Sir Jonah said.

In this article:I was determined to end racism in mining sector,Sir Sam Jonah