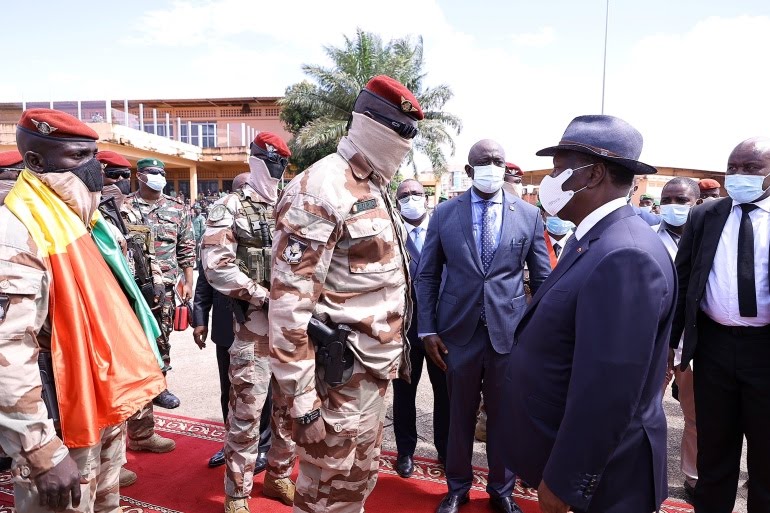 Guinea’s military chiefs say they won’t let toppled President Alpha Conde to look for exile, after he was booted out of power Sunday September 5, 2921.

This was upon ECOWAS meeting with Guinea Coup Head Lt. Col. Mamady Doumbouya in Conakry.

According to Guinea Junta, they will not kowtow to pressures and called the bluff of ECOWAS in response to sanctions on coup makers.

“We won’t respect any pressure,” Guinea military junta said following the wrap up of the discussions. “Conde is and will stay in Guinea”.

President Alpha Conde was shown the exit by the Guinean junta led by Col. Doumbouya but was detained.