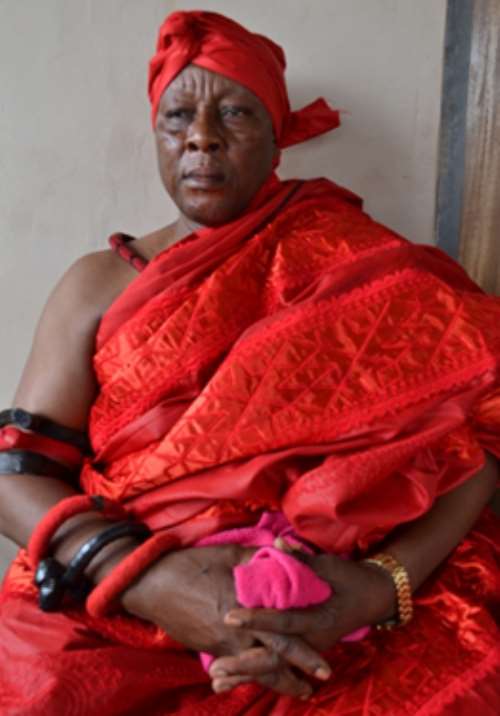 It could be recalled that the then government under Executive Instrument (EI 130) 1977, section 1 of the state Lands Act, 1962(Act 125), on the 18th November, 1977. Declared that the land upon which the dam is situated and other areas is required in the public interest. (Simply put government took our land in the interest of the public to construct the Weija Water Treatment Plant expansion for all of us).

The Government again claimed land space of 13,580 acres/21.22sqmls and additional 20 acres of land adjoining the above mentioned chunk size all for GWCL for Weija Dam and GWCL Training School respectively with no compensations to the traditional authorities up to date.

Speaking in an exclusive interview with the Dzasetse and Acting chief of Weija, Obgedada Boafo Danyina-Nse I, pointed out that these acquisitions have made citizens mere squatters or aliens on their own lands bestowed to them by their ancestors.To all these acquisitions, we are yet to receive compensations in that respect and after 44years successive governments have still not kept faith with us. With fact, it is only Joma township who have received compensations in respect of weija dam. Why are we been treated like slaves on our own land.This is unfair.

The Weija Traditional Council notes that some scrupulous individuals have managed to encroached upon some of their stool lands, which is creating tension between them and above names mentioned, Weija-Gbawe, Ngleshie Amanfrom and the Ghana Water Company Limited.The time to deal with the boundary demarcations over some lands in disputes is now.

According to him, the Ghana Water Company is behaving like the overlords of Weija Lands and this they will not tolerate any longer, the Weija community has overgrown and there is the need for government to release portions of the 13,000 acre land aside the buffer zone to traditional authorities for development.

Nii Danyina-Nse I, reiterated to the fact that the persistent delay in the payment of compensations due us by various governments continue to affect us because the community and its population has over grown to the extent that they need resources to develop infrastructure just like clinics, basic school and proper road network to be called our own; just to mention but a few to meet the ever-increasing demand of infrastructure and population growth.

Therefore, appealing to H.E. Nana Addo Dankwa Akuffo-Addo President of the Republic of Ghana to ensure that within the shortest possible time compensations due us are paid in the interest of equity and justice to the rightful owners.

“We are stressing on rightful owners because we are reliable informed that some government officials are dealing with some scrupulous individuals who are secretly negotiating for the payment of the compensation to them. We need the compensation to develop Weija and other concern towns so it must be paid to the rightful beneficiaries” he warns.