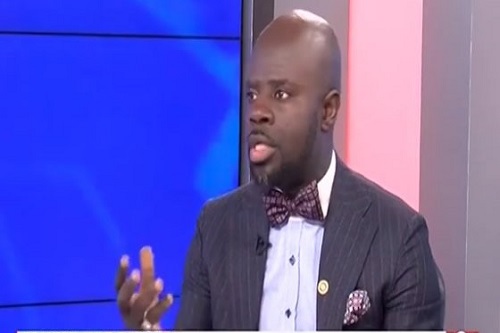 Dean of UPSA Law School Professor Ernest Kofi Abotsi has lauded the outputs of Inspector General of Police Dr. George Akuffo Dampare upon assumption of power driven by fair and firm application of the supreme law of the land.

Dr. Dampare took over from IGP James Oppong Boanuh who also rose to the top hierarchy of the Ghana Police Service after IGP David Asante Apeatu.

Unlike his predecessors, Dr. Dampare’s administration saw strict application of the law irrespective of one’s status in society devoid of police and military brutalities of armed civilians.

David Asante Apeatu’s regime witnessed the Ayawaso West Wuogon Constituency bye-election violence characterised by state sponsored brutalities of hoodlums referred to as National Security officers led by DSP Azugu leading to the killing of many with many injured. Findings and recommendations report on the chaotic scenes produced by Justice Emile Short-led Commission of Enquiry meant to improve security sector was partly rejected by the Akufo-Addo-led presidency and left to gather dust.

James Oppong Boanuh’s era saw citizens’ confidence in the police reduced to almost its lowest term due to his inability to gather courage to stamp his authority on topical security matters and failure to punish officers who exhibited total indiscipline and disregard for law by his men in uniform. He surprised infamous 2020 elections that saw the killing of 7 unarmed civilians by the police and military at polling stations.

It is important to anchor the point that the current Dampare’s seems to be on top of issues, making sure that suspects are not left off the hook. His regime in recent times has the arrest of prominent individuals including Shatta Wale, Funny Face, Medikal and Founder of Glorious Word Power International Ministries Rev. Isaac Owusu Bempah who in the eyes of many could have easily escaped the net because of his relationship with President Akufo-Addo as his spiritual or personal pastor. President Akufo-Addo is on record to have said “Rev. Owusu Bempah is a good pastor ” upon his visit to his odorkor -based church just after his landslide victory in the 2016 election prophesied by Bempah.

In a tweet by the Constitutional Law Expert Prof. Kofi Abotsi said “Under Dampare, impunity is in danger”.

According to Prof. Abotsi, with IGP Dampare holding the police top post, impunity has no spot to flourish.