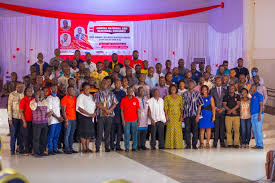 ‘Woman who committed abortion on minor not lab technician – GAMLS

GAMLS has refuted claims that Susana Owusu, the woman alleged to have committed an abortion on a minor is a Laboratory Technician in Ghana.

The Ghana Association of Medical and Laboratory Scientists (GAMLS) has said Susana Owusu, the 36-year-old woman accused of committing an abortion in a 17-year-old minor “is not and cannot be identified as a Laboratory Technician in Ghana.”

This was contained in a statement issued by the GAMLS on Tuesday, 15 February 2022 following reports that Ms Owusu, alleged to be a laboratory techinician in-charge of a facility at Abeka inAccra caused an abortion in a minor.

“This must settle the matter, and all must know that medical laboratory professionals who are competent, qualified and licensed to practice, respect the law, the scope of their practice and will always ensure patient safety,” the statement by the GAMLS noted.

The GAMLS also called on the Health Minister, respective regulators and Directors of Agencies under the Ministry of Health “to take steps to prevent the current trend of assigning tasks to individuals who do not have professional qualification to perform.”

The boyfriend of the 17-year-old, Mohammed, took the girl who was pregnant to a clinic at Lapaz on Friday, 7 January 2022.

The accused who was operating the Clinic when the two visited gave the 17-year-old 3 drugs to take.

After the 17-year-old took the drug, she began to bleed profusely and the fetus dropped.

A report was then made to the Police and the accused arrested.

In a sharp reaction to the development, GAMLS has refuted claims that Susana Owusu, the woman alleged to have committed an abortion on a minor is a Laboratory Technician in Ghana.

In this article:abortion on minor not lab technician -,GAMLS,Woman who committed