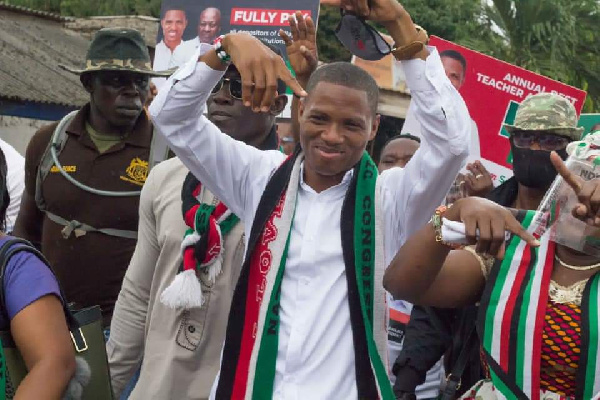 Police Bodyguard of Madina Member of Parliament Lawyer Francis Xavier Kojo Sosu has been interdicted by the Ghana Police Service for alleged misconduct.

A statement issued by the police said “Inspector Daniel Agbavor ‘recklessly’ drove into a crowd during the protest in Madina last Tuesday.

The statement added the officer’s action endangered the lives of two officers, who filed a report after the incident.

It further stated that Parliamentary protect unit of the service has been tasked to assign a new officer to the lawmaker.

Meanwhile, the Police Service has denied reports that officers were dispatched to arrest the Madina MP during Sunday Church service.

According to the Police, the plained-clothed officers who may have been seen at the MP’s church were there to gather intelligence and not to arrest him.

Xavier Sosu was whisked away amidst attempted arrest by National Security Operatives during Sunday Church service.

Below is the press release on the interdiction of Xavier Sosu:

In another statement, the Police said the lawmaker has been invited to assist in investigations over an illegal road blockade during a protest over bad roads in the area last Tuesday.