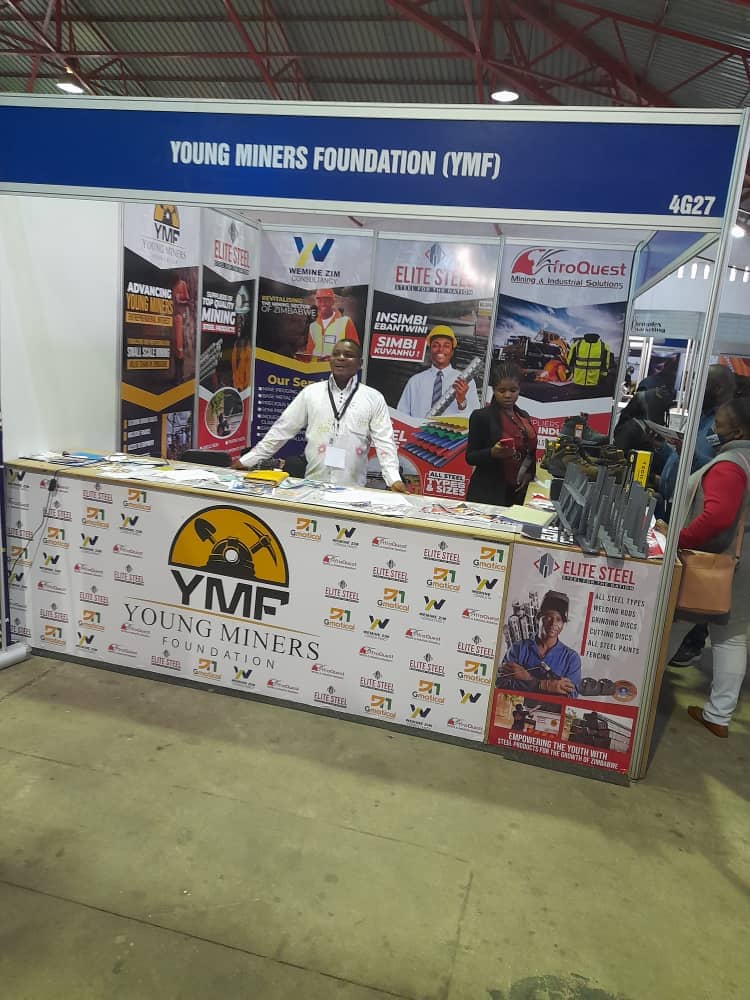 Bulawayo-The young people in mining, Young Miners Foundation, have proved to be a massive hit during the 2022 Zimbabwe Mine Entra in Bulawayo.

During the Mine Entra business days, scores of exhibitors and other visitors — both young and old — flocked to the Young Miners Foundation stand, with many of them expressing their delight at the young people in the mining vision.

According to YMF CEO Mr. Payne Farai Kupfuwa, the organization is the “dawn” for all young miners in the country.

“Since 1980, most small-scale mines have not increased in production, indicating a significant gap in mining entrepreneurship, particularly for our young people who lack understanding.

“I am very delighted to tell that I am truly loving campaigning for, teaching, and networking young miners, as well as aiding our young people who are disabled in not being left out.

Most small-scale mines have not increased output since 1980.

“I am extremely delighted to announce that I am truly loving lobbying, teaching, networking, and aiding our young people who are disabled so that they are not left out.” Because mining is a business, we collaborated with MMCZ, our single sponsor, the Zimbabwe School of Mines, Empower Bank, and Women’s Bank.

“Our organization began with two members and has grown to over 2000 members.” We will continue to engage young people in regularizing all of their mining operations with relevant government authorities,” Kupfuwa Said.

Nyasha Magadhi from WeMine Zim Consultancy, an exhibitor at the YMF booth, said he was also thrilled to finally exhibit at the Mine Entra since the Young Miners Foundation made it easier for them.

“I was worried how I was going to get back the clients we lost during the COVID-19 lockdowns.” WeMine has finally rebounded as a result of numerous new clients and new business.
“On a personal level, I’d want to thank the YMF program for helping my career and business,” he stated.

Mr. Moyo, an artisanal miner, was among those who stopped by the Young Miners Foundation display. He regarded the YMF objective as a worthy project that requires government backing to help the initiative reach many young miners (artisanal/small scale).

“As a young man in mining, I’ve often wondered who would be our voice and make our cries heard.

“When I return to my workplace, I will ensure that I become a full member of YMF and collaborate,” Said Moyo.

In this article:makes mighty hit at 2022 Mine Entra,Young Miners Foundation