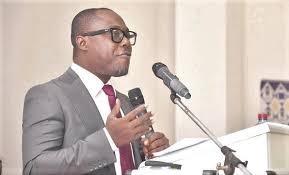 Political Science Lecturer at the University of Ghana Prof. Ransford Gyampo has taken a swipe at Minority Caucus of Parliament for failing to put executive organ of government on its toes.

According to him, the desire of electorates that the minority will hold the governing party to fire on issues of national interest after capturing 137seats has been swept under the carpet.

Speaking in an interview monitored by African Editors on Wednesday 28 July 2021, the vociferous Political Scientist pointed out that “I was thinking that the current Parliament would have acted desolately because is 137-137 plus 1 independent candidate. That was the verdict of Ghanaians. It appears that even though we have a hung Parliament it is not working as we are expecting”, he said.