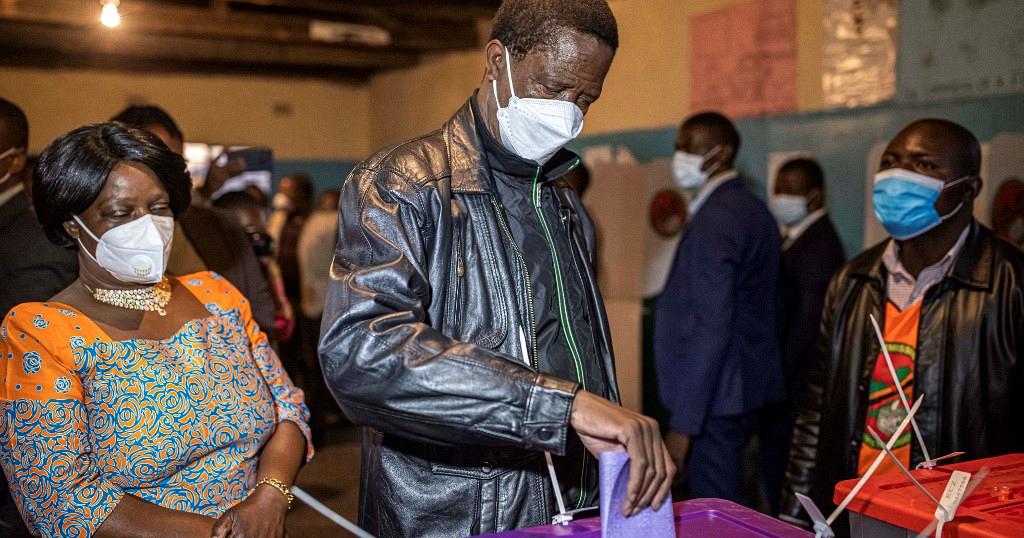 Zambians are awaiting results of Presidential and parliamentary elections expected to be announced in 72 hours.

President Edgar Lungu and Opposition Leader Hakainde Hichilema are facing off for the third time in a knife-edge elections.

The main battle-line for the presidency has been drawn between the ruling Patriotic Party (PF) by incumbent Zambian Leader Edgar Lungu and opposition United Party for National Development led by Hakainde Hichilema.

Meanwhile, Former Lusaka Mayor Miles Sampa, who is a Patriotic Front Candidate for Matero Constituency in Lusaka has allegedly been hacked in the neck and waist by suspected opposition cadres.

The suspected cadres were armed with pistols and machetes.

The incident allegedly happened hours after Mr. Sampa cast his vote but was rooming the polling station in the a bid securing votes and stamp his electoral fortunes.

Below is a statement issued by the Zambian Police :

POLITICAL VIOLENCE reported at Matero Police Station. Be informed that on 12/08/21 at 1730hrs police received a report of AGGRAVATED Robbery from Miles Sampa aged 51 of Lusaka who reported that he was attacked by a group of suspected political Caders who were armed with Machetes axes and Pistols.

The victim was hit with an axe on his back and sustained a deep cut. The same group stole from him a iphone and Samsung Note 10 altogether valued at K53,000=00 Incident occurred at around 1700hrs in George Compound when the victim who is a PF aspiring Candidate as MP for Matero Constituency was visiting his polling Agents in Matero Constituency.

Other victims who were attacked by the same assailants was his body Guard Gilbert Banda aged 32 of unknown house number George Compound and sustained some multiple cuts on the head.

Suspects are in police custody.