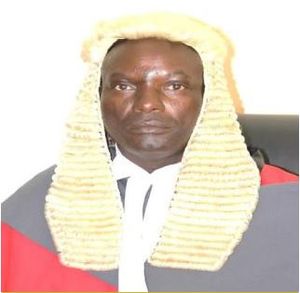 High Court Judge Justice Garainashe Mawadze delivered probably Zimbabwe’s shortest sentence ever for murder with actual intent last week when he ordered a convicted person to remain in custody until the rising of the court.

This meant that the 17-year-old convict was sentenced to a few seconds in custody since Justice Mawadze rose immediately after the pronouncement of the judgment and left the court.

The accused was a free person thereafter.

The accused was charged with murder with actual intent after she threw her two-year-old baby into Tugwi River in Chivi following persistent harassment and physical abuse by her grandmother and brother.

Justifying the rather unusual sentence, Justice Mawadze said it was necessary to be lenient with the convict because she was raped by an uncle at the age of 14, had a child at 15 years, dropped out of school in Form 1 and was ostracized by her grandmother and brother throughout the ordeal.

He added that the girl had no parental support since her father and mother had separated long before she was raped.

She was also traumatised because the uncle who raped her is still a free man, many years after the crime.

Justice Mawadze said it was not difficult for him to give a guilty verdict against the accused but had a dilemma in coming up with an appropriate sentence considering the trauma that the convict went through.

He said the most appropriate sentence was one that ensured that the girl would not be further punished. He said that the girl was pushed to act the way she did because of the traumatic life she lived.

“The court did find that the accused’s moral blameworthiness is very low taking into account the factors surrounding the commission of the offence. A finding of diminished responsibility has been made,” said Justice Mawadze.

He said community service or a fine were not possible in a murder case. A wholly suspended or postponed sentence would also not apply. He said that custodial sentence or committal to a training institute was also inappropriate because of the accused’s age and the fact that her character was not bad.

In the end Justice Mawadze took advantage of Section s 336(1) (b1) of Criminal Procedure and Evidence Act where a Judge can sentence an accused to a definitive period. The definite period in this case was for the accused “to remain in custody until the rising of the court”.

It is the State case on April 1, 2021 two boys followed the accused to a nearby river where she was going to fetch water. This angered her brother and grandmother who accused her of being a prostitute.They added that her prostitution was evidenced by the fact that she had a child with her uncle.

The traumatized girl was stretched to the limit and she walked towards the river attempting to commit suicide.

However, as she did so her child ran after her and she lifted her up and carried her to the river and threw her into a deep pool. She then failed to muster enough courage to throw herself into the river and she went back home and told her brother and grandmother what what she had just done.

The whole village searched for the child and the body was only found by the Police the next day.