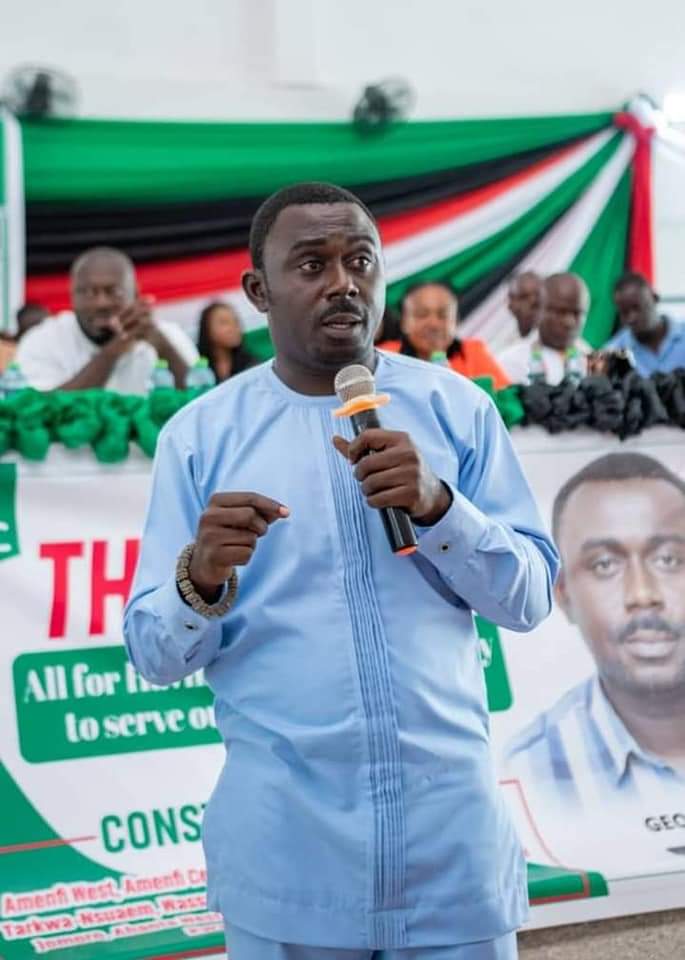 The retreat amongst other things, looked at successes, challenges and prospects of the Regional Youth Wing. Constituency Youth Organizers gave updates on success stories including comparative Analysis between 2016 and 2020 results, logistics and resource allocation, challenges facing the Constituency Youth Wing and Prospects as well as the way forward.

The retreat was chaired by Nana Toku , the Regional Chairman. The retreat ended with a number of resolutions:

1. The youth wing reaffirms its unflinching support to the social democratic agenda of the NDC as the viable ideological orientation to resolving the myriad of problems that have bedvilled this country. And that self aggarandisement associated with the Property Owning Democratic Agenda has no place in Ghanaian politics.

2. The party’s performance in the Western Region was satisfactory, winning eitght (8) parliamentary seats in 2020 from four (4) seats. We want to underscore the point that this feat could have been achieved without the significant role of the youth wing.

3. They also expressed confidence in the work of the eight (8) Members of Parliament from the region. The youth urge them to continue to defend the interest of the masses in parliament. We salute our gallant Members of the NDC Group in parliament.

4. The Western Regional Youth Wing has resolved to work extra hard in conjunction with all stakeholders to increase our parliamentary strength from eight (8) to fourteen (14) in the 2024 general elections. We shall ensure that the parliamentary seats of NPP is reduced to three (3) out of the seventeen (17) in the region.

5. The Western Regional Youth Wing believes that the youth wing is the engine to the success of the party in the forthcoming elections. They therefore, call for attention to be paid to the youth wing by all stakeholders and resources provided to the grassroot of the party to enable them deliver a resounding victory in 2024 general elections.It also reiterates the importance of youth working committees at the branch, Constituency and Regional levels, calling their effective use in the grassroot mobilization of members.

6. On the issue of the forthcoming elections of branch executives, the Regional Youth Wing emphasizes the need to elect competent people to man the activities of the polling stations across the country. We appeal to the youth of the party to get themselves ready for leadership roles at all levels of the party. As a basic unit of the party, the NDC should resolve to making the branches ready to deliver emphatic mandate to the party in 2024 general elections.

7. We stand in solidarity with the suffering people of Ghana and call on Nana Akufo Addo government to work hard to ameliorate the excruciating economic hardships in the country. The worsening economic condition is as a result of your ineptitude, maladministration and extravagance. The strain on the national economy is unprecedented in the history of Ghana. Something must therefore be done immediately to halt the cost of living crisis in the country.

8. We request the Akufo Addo led administration to, as matter of urgency, reconstitute “the Economic Management Team and find a suitable Chairman to replace Dr. Mahamudu Bawumia who has proven helpless in the face of daunting economic challenges. The Youth Wing also supports the call by John Dramani Mahama for Mr. Ken Ofori Atta to resign as the Minister of Finance or be given the sack by the president.

9. The Western Regional Youth Wing appeals to all young members of the party to take active interest of the forthcoming internal elections and take up positions at the branches, constituencies, regions and national level. Arise Ghana Youth for your country!