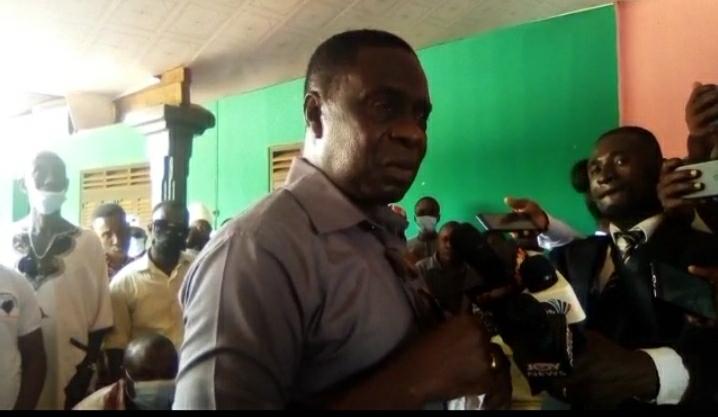 Assin North Member of Parliament James Gyakye Qyason has filed a fresh application at the Supreme Court of Ghana seeking to restore processes quashed by the Court of Appeal.

He argues that the Court of Appeal acted arbitrarily by striking out appeal processes before it because his lawyers had prompted the court, presided over by Justice Irene Charity Larbi of a motion they had filed that sought to disqualify the same from presiding on the case.

On March 22, 2022, the Court of Appeal presided over by Justice Irene Charity Larbi ordered all applications before the panel in the name of the MP to be struck out for want of compliance with the court’s procedure.

The new application states however that even though the motion was supposed to be heard on March 24, 2022, the appellant’s counsel, Tsatsu Tsikata, was not permitted to espouse reasons for the substantive case before the court to be kept on hold.

Moreover, counsel argues that their case was called by a defective registrar summon which they aired their reservations about but the same was corrected in the handwriting of the presiding judge; a practice which flies in the face of the law and sins against the rules of court.

To add to the above, counsel indicates that notwithstanding, they came back from recess to be faced with an abrupt striking out of their appeal processes without any opportunity to speak relative to the earlier objection on the supposed defect.

The Member of Parliament, per his counsel, is thus praying the apex court of the land to declare the Court Appeal’s decision referred supra as biased and arbitrary, and restore all appeal processes.

Hon. Quayson argues that the Court of Appeal acted arbitrarily by striking out appeal processes before it because his lawyers had prompted the court of a pending motion.

In this article:- Assin North MP to SC,Court of Appeal acted arbitrarily,restore processes