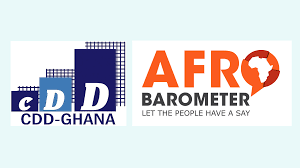 A new series of country cards on climate change from Afrobarometer graphically summarises Africans’ perspectives on the climate crisis and their demand for urgent climate action.

A release from Afrobarometer survey in 20 African countries just ahead of the 2022 United Nations Climate Change Conference (COP27), the country cards provide at-a-glance insights into Africans’ awareness of climate change, their experiences with deteriorating weather conditions, and their expectations of a response to the crisis.

Country cards available for 20 African countries surveyed in the ongoing Round 9 (2021/2022) of Afrobarometer, the go-to source for reliable data on what Africans are thinking.

The cards show that significant proportions of citizens are experiencing worsening droughts and floods.

While awareness of climate change varies widely across the continent, a majority of those who have heard of climate change say it is making their lives worse. Most want their governments to take immediate action to address the crisis, even if it comes at a high cost.

Few citizens are satisfied with the efforts to date of governments, business and industry, developed countries, and ordinary citizens in fighting climate change, and most demand “a lot more” from these stakeholders.

Majorities in eight of the 20 countries report that droughts have gotten more severe over the past decade.

On average across 20 countries, only half, indicating 51 percent of citizens are aware of climate change.

But among the countries aware of climate change, most say it is making their lives worse.

Also, majority of all the 20 countries want their government to take action now to limit climate change, even if it is costly, causes job losses, or takes a toll on the economy.

But in eight countries, 80% or more of citizens who are aware of climate change share this view.

Most citizens are not satisfied with the efforts of various stakeholders in fighting climate change and its effects, and demand “a lot more” from their governments, business, industry, developed countries, and ordinary citizens.

In this article:– Afrobarometer survey,Africans’ demand for action on climate change