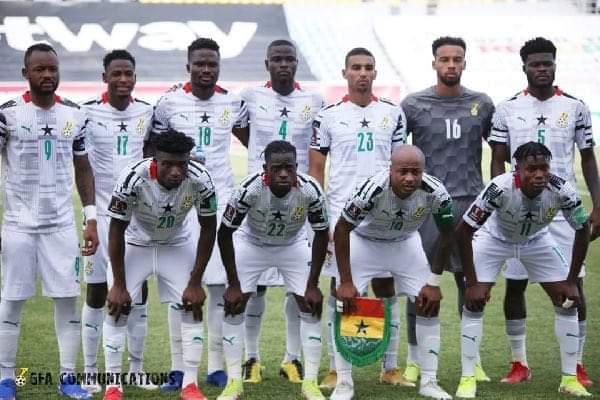 Black Stars Head Coach, Milovan Rajavac has named the starting eleven that will face off with Ethiopia in the world cup qualifier match in South Africa this afternoon.

Ethiopia is hosting Ghana Black Stars in South Africa on the return encounter of the world cup qualifier. There were concerns from Ghanaians about Ethiopians choice of venue, but their concerns and pleads were not considered.

The penultimate match will take place in Thursday afternoon in South Africa, and the coach has released the eleven men that will start the match.

A fourth division goalkeeper Jojo Wollacot will keep the posts, Andrew Yiadom and Baba Rahman will operate from the right and left full-backs, with Daniel Amartey and Joseph Aidoo being the center pair.

Iddrisu Baba and Kudus Mohammed will man the midfield, While The captain of the side Dede Ayew and his brother Jordan Ayew will play from the right and left-wing. Richmond Boakye-Yiadom and Kamaldeen Sulemana will be the two upfront.