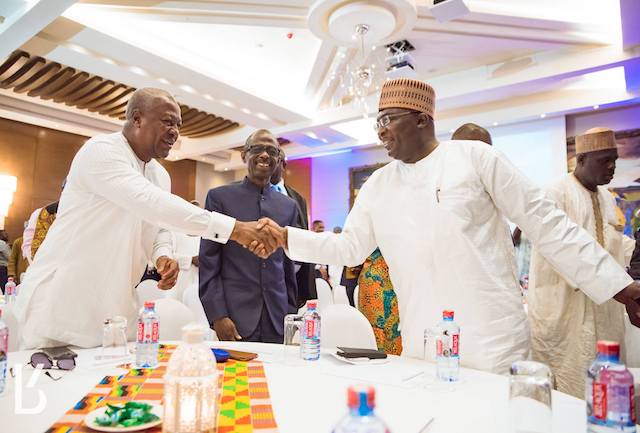 Former President John Dramani Mahama’s Aide Felix Kwakye Ofosu has mounted a strong challenge that it will be a cynical joke for Ghana’s Vice President Mahamudu Bawumia and his advisers to dream that avoiding comments on the economy will secure him the NPP flagbearership position ahead of 2024 general elections.

According to him, the Vice President, Dr. Mahamudu Bawumia, has superintended over a poor economy upon assumption of office as the Head Economic Management.

He insisted that nobody lose sight of the worst performance of the Vice President except his campaigns to become the NPP’s flagbearer in the run up to the 2024 general elections.

The former Deputy Information Minister, Kwakye Ofosu intimated that no amount of deberatelly refusing to break silence on the a B+ Ghanaian economy he abysmally reduced to Caa1 which is now at Intensive Care Unit at hospital, waiting for total collapse, will absolves Bawumia of the tag of the worst Head of the Economic Management Team since 1992.

“Somehow, Bawumia’s advisers have convinced him that by hiding in a rat hole and cowardly avoiding commentary on the horrible economy he has supervised, the storm will blow over and before long he will be back waxing lyrical about some bid to lead the NPP into the 2024 elections”.

What a cynical joke! No one will ever forget that he has been the worst Head of the Economic Management Team that has plunged us into the worst economic crisis under the fourth republic,” he posted on his social media handle.

According to multiple reports, Vice President Dr. Mahamudu Bawumia is said to be interested in the NPP flagbearership position and will challenge for it.

Dr. Bawumia has in a long while not spoken about the downward spiral of the economy but rather championing government digitization agenda – a move the opposition NDC has teased him about saying he has become a pseudo-IT expert.

The former Deputy Governor of Bank of Ghana Dr. Bawumia has been lacing his boots to lead NPP flagbearership.

Obiri Boahen vows his Gonja man will defeat Mahama in 2024 after NPP’s hellbent desire to ‘Breaking the 8’-year cycle of governance by the NPP and NDC.