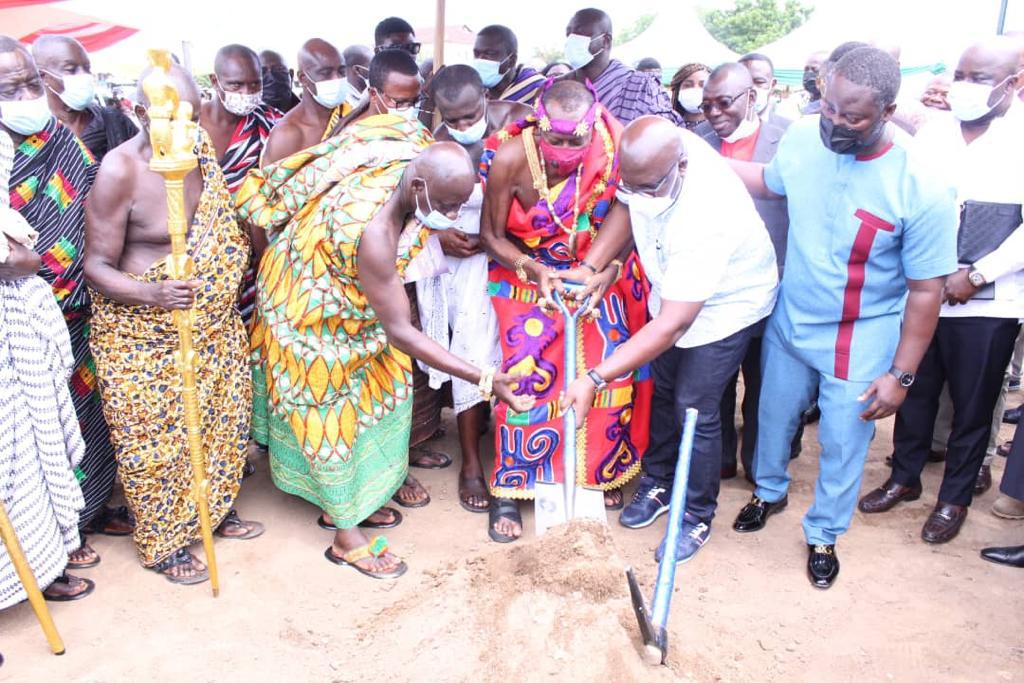 Sod-cutting for redevelopment of Jackson’s Park at Koforidua

The event which was witnessed by a number of dignitaries including Lawyer Gabby Asare Otchere-Darko, as well as traditional leaders, Assembly members and market women, took place at the Jackson’s Park on Monday 5th July 2021.

According to the Municipal Chief Executive for New Juaben South, Mr. Isaac Gyasi, the redevelopment project forms part of the five-year development plan under the Ghana Secondary City Development

The programme was initiated in 2019 by the World Bank. The four major projects under the plan are the Nsukwao Basin Development Improvement Project which is ninety percent completed, Jackson’s Park Redevelopment Project, Ultramodern Central Market and Mangoase Double Dekker Court.

The Jackson’s Park, which has been the heartbeat of local activities for over a century, will now be transformed into a ultramodern state-of-the-art facility befitting the status of the regional capital.

When completed, the facility will bring a major facelift and improvement to the Municipality. It will have a car park, shops, recreational center and spaces for social activities.

The facility will be user-friendly permitting activities to be carried out in either rainy or sunny conditions. It is also expected to provide four hundred direct and indirect jobs. The project is therefore expected to drive sustained growth, particularly tourism, in the Municipality.

To ensure a timely and effective process, the World Bank funded project is being implemented in four phases by four different contractors under the overall supervision of one consultant.

Daasebre and the Eastern Regional Minister Jointly Cutting the Sod with a Shovel and supported by the MCE New Juaben South and a Traditional Chief.

Daasebre and the Eastern Regional Minister Jointly Cutting the Sod with a Shovel and supported by the MCE New Juaben South and a Traditional Chief.

Daasebre Going for the Sod-Cutting

Daasebre Sitting-in-State at the side cutting Ceremony.