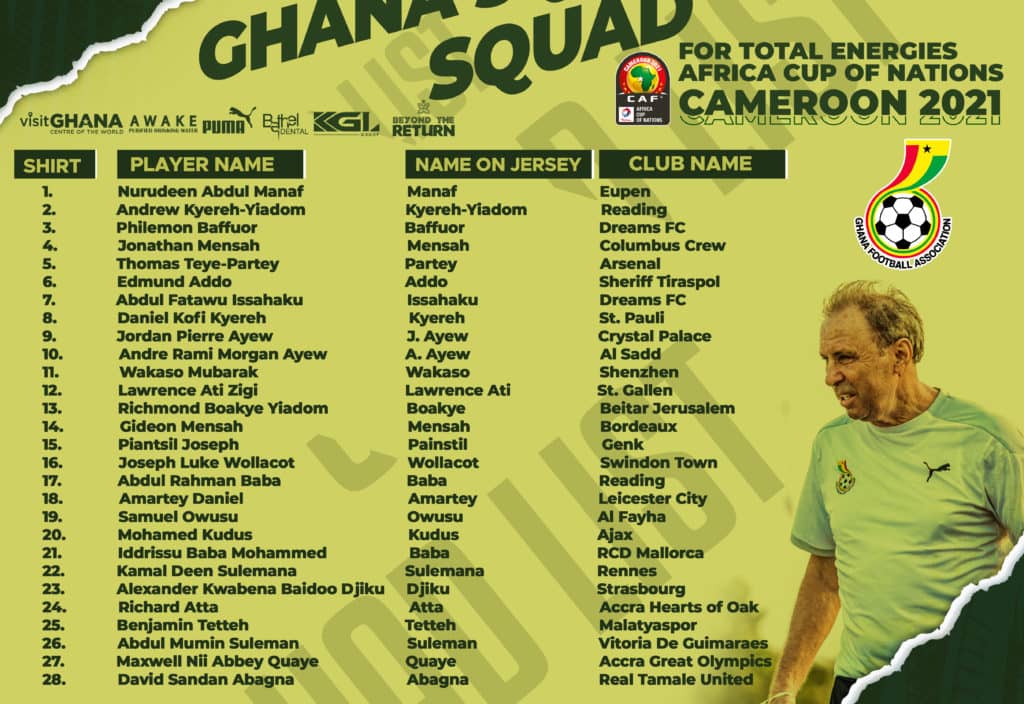 Head Coach of the Black Stars, Milovan Rajavac has named the final 28man squad for the African Cup Of Nations ( AFCON) tournament in Cameroon on Monday evening.

The Serbian Tacticians named 30 man squad in December and has now dropped just two of these players.

AS Roma teenage Felix Afena Gyan and Clermont Foot midfielder Salis Abdul Samed were the two players who will miss the tournament.

There were earlier from Italy and the local media that Felix Afena Gyan will miss out of the tournament after his managers says he is still young for the Black Stars. Hence, he needs time to grow and develop.

On Wednesday, Ghana Black Stars will play an International friendly match against one of the favorites to win the tournament Algeria at Educational City Stadium in Doha to wrap up their preparations.

The tournament will kick start on the 9th of January, but Blackstars will play their opening match against Morocco on the 10th of January before meeting Gabon and Comoros respectively.

Ghana has been without AFCON trophy for 40 years and many are hoping Milovan will help end the trophy drought in the AFCON.