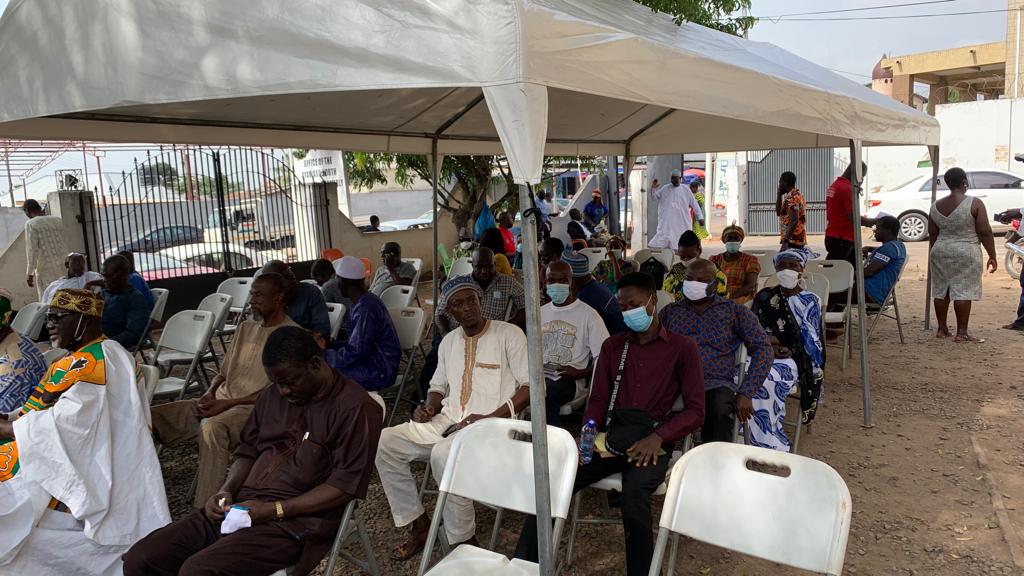 As part of the effort to create awareness and sensitise the public on their health needs, the Ayawaso North Municipal Assembly has held a stakeholder engagement on HIV/AIDS and COVID-19 pandemic in the municipality under the theme “HIV/AIDS – COVID – 19” in Accra.

The move is to scale up education, dispel the stigma behind the diseases, sensitize the public on the increasing nature of the diseases and measures that must be vigorously applied to curb the spread.

Speaking to a cross section of the public, the Municipal Health Director, Dr. Sophia Quist disclosed that cases of HIV/AIDS is on the increase in the Greater Accra Region which she described as worrying situation.

According to her, Greater Acca region has recorded some few cases of HIV/AIDS which must be taken serious and therefore urged the citizenry to apply the safety rules of protection during sexual intercourse.

She revealed that eighty percent (80%) of the HIV transmissions is mainly through unprotected sex, fifteen percent (15%) is through mother to child transmission and five percent (5%) occurs as a result of wrong blood transmission.

She however advice carriers of the disease to be bold enough to report their condition the nearest health facility, adding that, early treatment will prolong the health status, victims must ignore the aspect of stigma and embarked on full scale medication.

Dr. Quist further urged infected persons to engage health officers at their respective Anti – Retroviral Therapy Centers because there is “no cure for HIV but the medications as prescribed will manage conditions.

The Assistant Commissioner of Police at Nima division, (ACP) Abraham Acquaye praised the assembly for the periodic engagement of stakeholders on such topics that is affecting individuals in society, especially among the youth.

He charged other assemblies to emulate the such engagements within their municipalities, adding that, HIV/AIDS is real therefore people must adopt and adhere to the safety requirements.

The National Commission for Civic Education (NCCE) Director for the Municipality, Eunice Nkrumah said her outfit will continue to rollout more initiatives as part of the awareness creation and education on HIV/AIDS and COVID – 19.

She appealed to the public to apply the needed precautionary measures, keep their surroundings clean through periodic clean up exercise in the municipality because it is the surest way to embrace a healthy lifestyle.

The Municipal NCCE Director further advised parents to monitor the activities of their children particularly their attendance in school, studies and as well keep eye on their wards during a visit to internet café and other centers can that lead to the destruction of their wards.