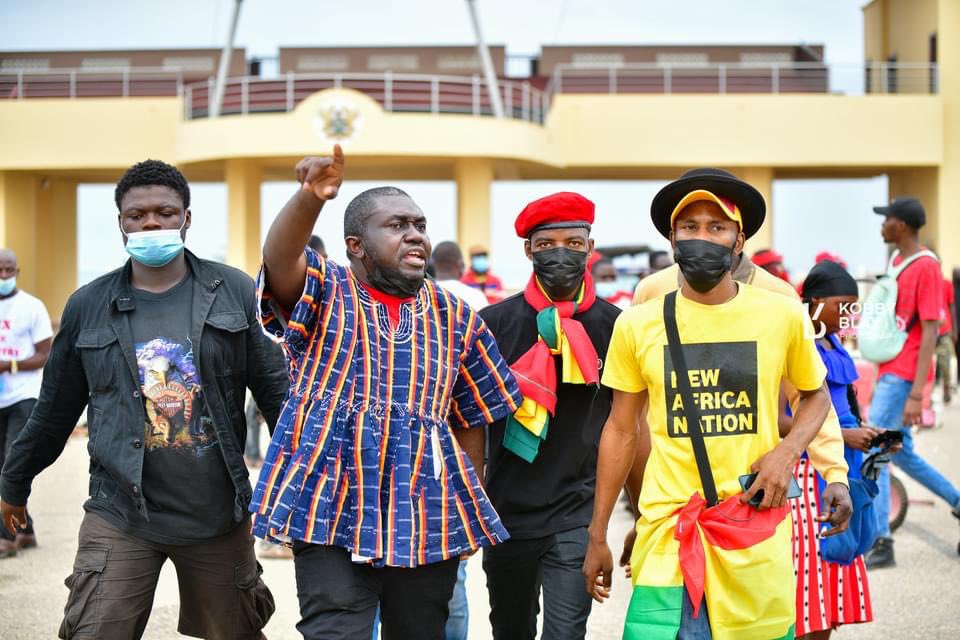 #FixTheCountry Convener Oliver Barker-Vormawor has been granted bail by the Tema High Court in the sum of GHC2M with two sureities.

The court presided over by Justice Daniel Mensah said one of the sureties should deposit documents of landed property within the jurisdiction.

As part of the bail conditions, he is also to report to police once a week on a day to be determined by police.

Oliver Barker-Vormawor was arrested on February 11 at the Kotoka International Airport and has since been in detention.

He has been charged for treason felony for comments the prosecution deemed has elements of staging a coup over his comments were written on Facebook.

‘Know the extent of your activism’ – Judge to Barker-Vormawor

Justice Daniel Mensah, the Judge who presided over #FixTheCountry convener Oliver Mawuse Barker-Vormawor’s bail application has advised him to learn to draw the line in his role as an activist.

Justice Daniel Mensah, the Judge who presided over #FixTheCountry convener Oliver Mawuse Barker-Vormawor’s bail application has advised him to learn to draw the line in his role as an activist.

Justice Mensah who indicated his support for activism also cautioned the convener against resorting to the use of coup despite how he may feel about a particular government.

The Judge gave the advice during the hearing of the convener’s bail application at the High Court in Tema, on Wednesday, 16 March 2022.

Justice Daniel Mensah, while delivering ruling on the convener’s bail application said: “No matter how we feel about regime, coup isn’t an option. I’ll encourage activism but know the extent.”

The Court has granted the convener, a GHS2 million bail with two sureties, one of whom is to deposit documents to his landed property.

The court also said Mr Barker-Vormawor’s passport should remain in the custody of the Republic, and he must report himself once a week to the police command.

Oliver Barker-Vormawor has been charged with treason felony by the police.

He made his first appearance in court on Monday, February 14 where he was denied bail and remanded into custody.

He was arrested on Friday, 11 February 2022, at the Kotoka International Airport when he returned from the UK for making suggestive coup threats on social media.

The Police indicated that his “post contained a clear statement of intent with a possible will to execute a coup in his declaration of intent to subvert the constitution of the Republic”.

He had suggested in a Facebook post that if the e-levy was passed: “I’ll do the coup myself. Useless army!”