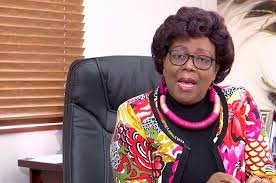 Co-Chair of Ministerial Advisory Committee on Covid-19, Professor  Koleka Mlisana has said that the decision by the police to mass up and loot in some parts of South Africa poses a threat because the phenomenon leads to alarming spike in cases of Covid-19.

In a televised programme monitored by African Editors on Wednesday 14 July 2021, Prof. Koleka Mlisana revealed that ” rising cases arising from the constant massing up by the police and looting in some parts of the country has consequence on the increasing cases of Covid-19 since new cases as of today stand at 12537″.

Prof. Koleka Mlisana added that Social distancing and wearing of mask are not properly considered while issuing this arrest and putting the people in poison.

“The concern is that they are not using any non-pharmaceutical interventions and now, everybody who is found looting is carried in police vans to prisons”, Prof. Mlisana

Meanwhile, this looting follows the arrest of South Africa’s Former President Jacob Zuma when the South African Constitutional Court ordered his arrest to serve a 15- month jail term over contempt of Court charges.

Former South African Leader Zuma had to kowtow to pressure after he refusal to comply with the Constitution Court orders during which he surrendered.

On Wednesday 7 July 2021, he handed himself to the Escourt Correctional Facility in Kwazulu Natal in South Africa.