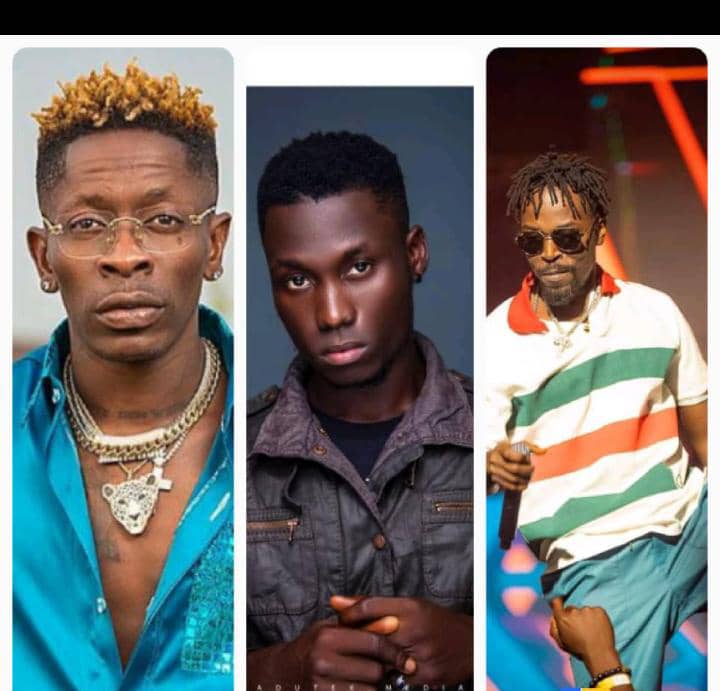 Die hard Shatta Movement(SM) fan and member of shatta Wale team has taken a subtle jab at Kwakese otherwise known as Abodam by referring to him as clout chaser for a post he made on Twitter that seeks to denigrate the African Dancehall King Shatta Wale.

Shatta Wale has been trending on Twitter and other social media platforms over comments he made during the freedom wave concert on 25th December at Accra Stadium and subsequent tweets.

The Melissa hit maker took a direct dig at Nigerian artistes for not reciprocating the love they have been getting here Ghana. He further went on to say most Nigerian artistes passes through Ghana before making it in the world at large.

The comments generated social media debate with some Nigerians siding with Shatta and others asking him I apologize over a certain word he used in describing them.

Ghanaian music lover and artistes are also divided over the comments. Some Artistes like Keche, Jupiter, Wendy Shay and others comments appears to be in support of what the King said.

Others disagree totally, and one person who made it known is one time beefing rival of Shatta Wale, Kwakese, who said in tweets that Nigerians are far gone and anyone who tries to fight them is a fool.

He got a befiting reply from an SM soldier Shadrack Amonoo Crabe, who described him as a dead vulture who want to feed on Shatta Wale’s hype.

Meanwhile, Shatta Wale’s influence transcends beyond Ghana, his comments have triggered conversations all over Africa with some supporting and others disagreeing. This is influence.