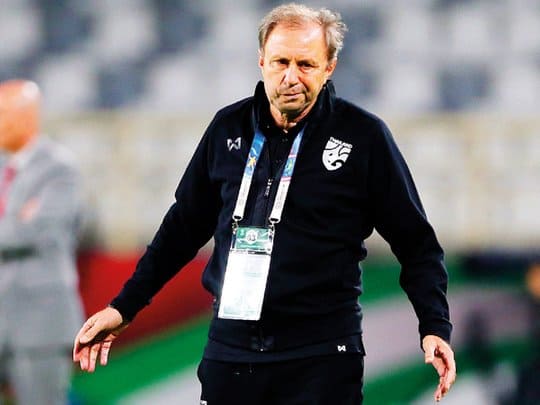 African Editors’ sources have confirmed that Milovan Rajevac has refused to accept his $270,000 compensation the GFA agreed to pay him.

Rajevac’s dismissal comes a day after the Ministry of Youth and Sports ordered the GFA to “review” the work and capacity of the technical team of the Black Stars.

A statement issued by Minister of Sports Mustapha Ussif on Friday, 21 January 2022, said during “frank” and “forward-looking” discussions with the GFA, it emphasised “strongly the disappointment of the Ghanaian people and their government in the national team’s poor showing, ending in our group-stage elimination”.

“The ministry made it clear to the GFA that the people of Ghana have lost confidence in the capacity of the current technical team of the Black Stars to deliver success”, the statement said.

Ghana exited the ongoing tournament in Cameroon without winning a game after Comoros ended Black Stars dream tittle with 3-2 win.

Milovan Rajevac, coach of Ghana reacts during the 2021 Africa Cup of Nations Afcon Finals match between Ghana and Comoros at Roumde Adjia Stadium in Garoua, Cameroon, on 18 January 2022