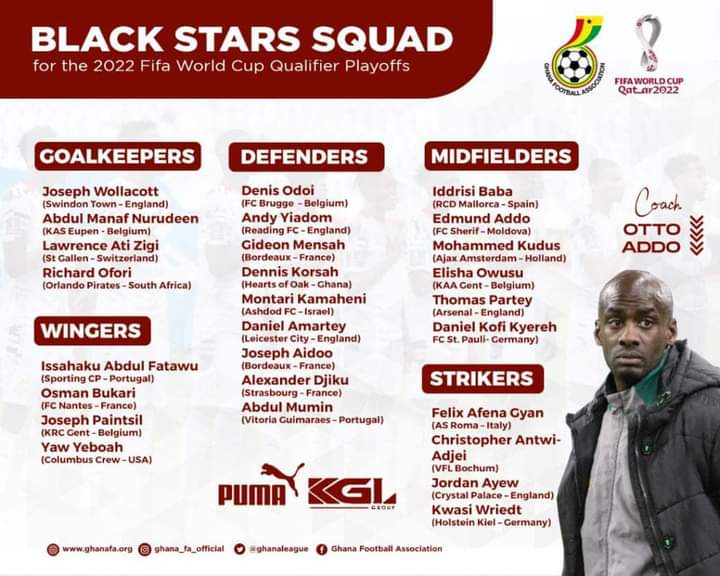 The Interim Head Coach of Black Stars of Ghana, Otto Addo has finally released the squad that will face Nigeria in the  World Cup qualifying match on Tuesday morning after weeks of suspense.

The whole world was thrown into shock mood after the Ghana Football Association( GFA) decided not release their squad for the upcoming world cup qualifying match against their neighbours.

One of the reasons were to surprise their opponents and also to avoid social media abuse on the players.

Many pundits have criticized this decision and tagged the GFA as incompetent.

The wait is over the squad has been released with four goalkeepers Jojo Wallocot, Abdul Manaf Nurudeen, Lawrence Ati Zigi and Richard Ofori.

AS Roma striker Felix Afena Gyan has received his debut call up, as well as Accra Heara of Oak left back Dennis Korsah.

The first leg will be played at the Baba Yara Stadium in Kumasi on Friday, and the return leg will be in Abuja on Tuesday.

Ghana can’t afford to miss this year’s Mundial after missing out on 2018.