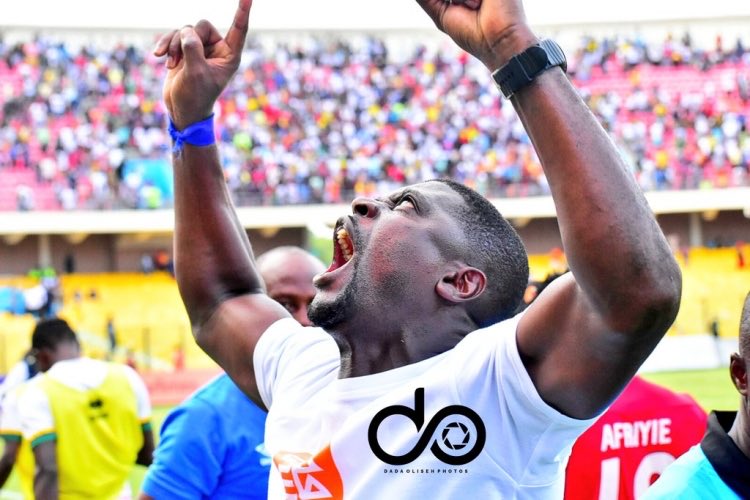 Accra Hearts of Oak Head Coach Samuel Boadu who took ill during the match against Elmina Sharks at Ndum Sports Complex has been discharged from hospital and responding to treatment.

The Phobians recorded their first win in the 2021-22 season against Elmina Sharks, but their Head Coach Samuel Boadu was rushed to hospital after taking ill during the match.

The club communication team issued a statement about the current status of the coach.

” We express our profound gratitude to our numerous supporters for their concerns and love shown to coach Boadu when he was taken ill during our game against Sharks. We are assuring everyone that Coach Samuel Boadu has seen be discharged from hospital and responding positively to treatment”

Meanwhile, the communication has also indicated that Hearts will play their weekend match against Accra Lions at Cape Coast Stadium since the Accra stadium is currently under renovations.