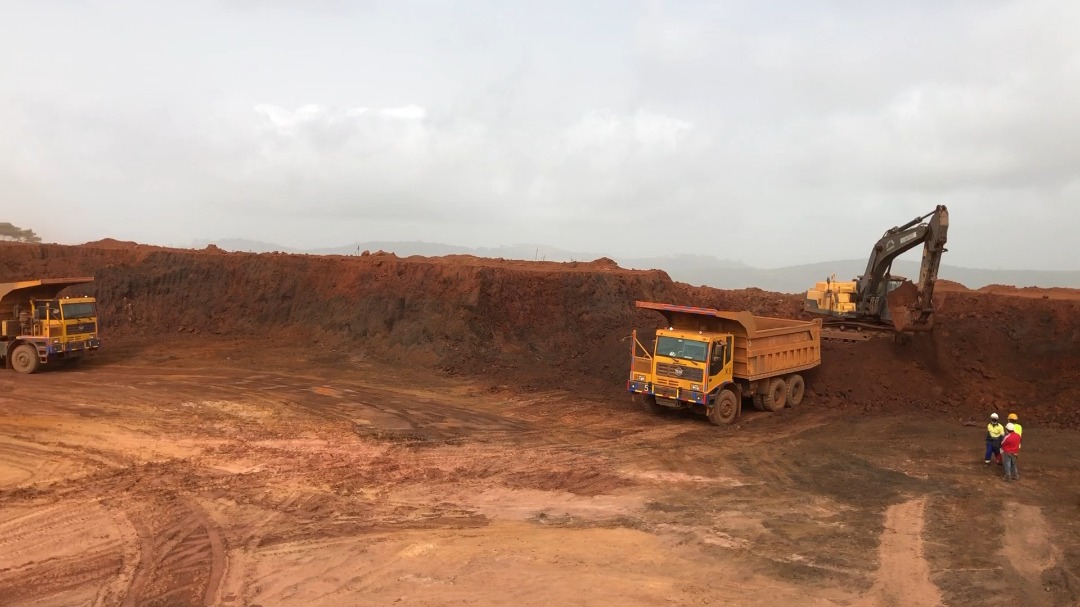 Leone Rock Metal Group has confirmed that aside from its current mining license for Kingho Mining Company operating in Simiria, Sambaia and Dansogoia chiefdoms in Tonkolili District, it also has another three (3) mining licenses as part of its integrated mining projects.

Confirming this, the Mines Compliance Manager of the company, Samuel Kamara during an exclusive interview with the SLBC Good Morning Coffee programmed on Thursday 24th March 2022, said that the three other licenses are Mass Energy, CKH and Northern Mining.

Whilst narrating the significance of the three licenses, Director in the Office of the CEO of Leone Rock Metal Group, Salim Sillah said the Integrated Iron Ore Project of the of the company has several stages which are keen on getting a smelting plant that will transform Sierra Leone iron ore industry from mining to production of steel.
Salim Sillah added that currently the company is on the process of designing and building an optimization plant that will be the first time in the history of the Tonkolili Mine and that the Iron Ore concentrate will leave the mine with a globally competitive grade of +62%.

Asked why the company did not start active despite acquiring the three licenses in 2013, Salim Sillah said that the prevailing circumstance at the time was not favourable to start active mining. He said the company spent over USD 60 Million on exploration alone but could not start mining because the infrastructure to transport iron ore from Tonkolili were not in place and that the owners of the existing railway by then could not allow the company to use it. The period also coincided with the Ebola outbreak coupled with the decline in global Iron Ore price during which majority of Iron Ore companies including London Mining, African Minerals either transferred their assets to and other companies or shut down because they were struggling to keep up with operation cost vs the poor revenue from sales.

However with the company now have right of the railway and port facilities, Salim Sillah said that plans are on to revamp the various mining concession areas.

Meanwhile, Leone Rock Metal Group Company Limited is one of the largest resource investment companies in West Africa. The company has an integrated Iron Ore Mining-Railway-Port Handling and export group of companies. It asset encompasses an open pit Iron Ore Mine and surface operations located in Ferengbeya, and other chiefdoms in Tonkolili and a 192 KM Railway and an integrated train discharge, ore processing and ship loading Port located in Pepel, Northwest Sierra Leone.