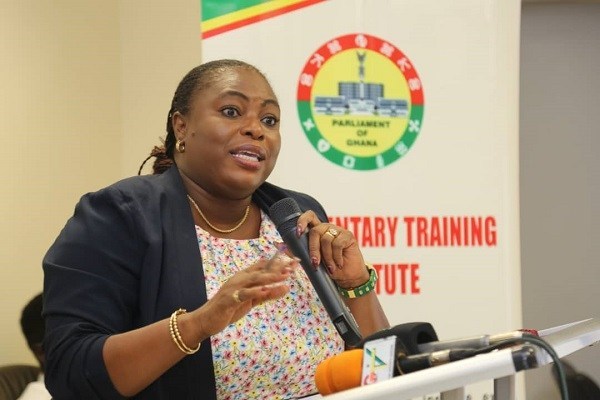 In a statement dated December 24, signed by the Director of Public Affairs, Ms. Kate Addo, the Parliamentary Service described the claims as “a complete misrepresentation of what transpired at the meeting”.

“It is not the duty of the Speaker to reject or approve budgets. Approval or rejection is determined only by Members of Parliament,” the statement clarified.

It added that “it must be stated that the Rt. Hon. Speaker, as the Leader of Parliament, which includes many other Departments under the Parliamentary Service, has every right to lobby for enough funds for the effective administration of the institution of Parliament.”

The Suame MP stated, “we had a Speaker who told the Finance Minister that because he had not given Parliament an amount of ¢1.72 billion, that he the Speaker has requested the Finance Minister to give to Parliament, he the Speaker was going to ensure that the Budget was rejected. That is what happened that day.”It would be recalled that the Majority Leader, Osei Kyei-Mensah-Bonsu at a press briefing on Thursday, alleged that the Speaker is frustrating government because his proposed ¢1.72bn budget for Parliament was rejected.

“So all that is playing out [pertaining to the back and forth regarding the approval of the Budget and the chaos in the House] goes to satisfy what the Speaker indicated at the very beginning of the presentation of the Budget that he’d make sure this Budget was rejected.”

But in a reaction, the Parliamentary Service has stated that such comments are “erroneous”.

“Indeed, in strengthening Parliament’s oversight and independence of the Executive, which the Speaker has been pursuing, denial of the requisite funds is the quickest means by which the Executive can make the Legislature ineffective. That’s what the Rt. Hon. Speaker sought to prevent at the said meeting.

“It is [therefore] interesting that instead if the Majority Leader supporting the efforts to ensure adequate budgetary provision for Parliament to which he belongs, he chose to nail his mast with the Executive to starve Parliament of funds to operate effectively,” he added.

The statement indicated that, “the Speaker assures the good people of Ghana of his commitment to the effectiveness and independence of Parliament and to the collective cause of development and growth of Ghana. He has no intentions to do anything that will jeopardize the forward march of this country.”

Meanwhile, Alban Bagbin has stated that he ” won’t be an errand boy for any president”.