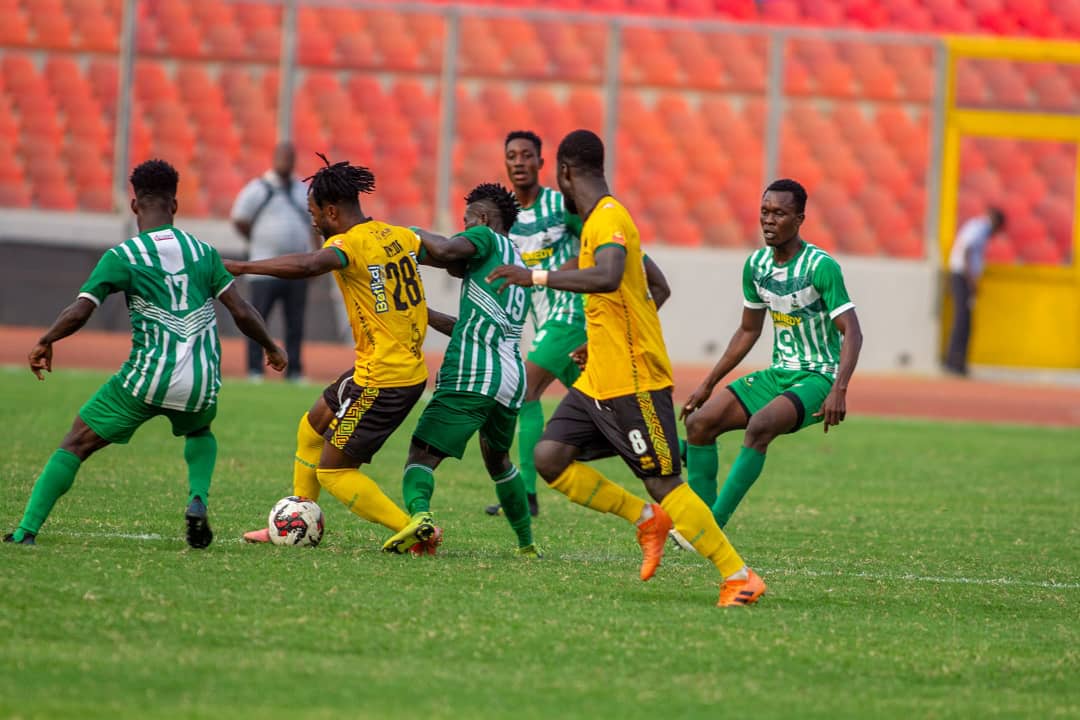 Kumasi based football club King Faisal has shown their dominance over Kotoko this season by kicking them out of the MTN FA Cup round of 64 at the Baba Yara in Kumasi by beating them by alone goal.

King Faisal who has already beaten Kotoko in the local League were confident of repeating that feat in the cup match.

Kotoko had also lost some of their first-team players to injury.

Kotoko started on a good note, but it was the home side King Faisal who opened the scoring in the 25th minute, courtesy Baba Yahaya.

Kotoko piled a lot of pressure in the second half but couldn’t get the needed equalizer.

After 90+5 minutes, the referee blows his whistle to bring an end to the game. Kotoko has been booted out of the MTN FA Cup competition in the round of 64.

In this article:King Faisal sacrifices,MTN FA Cup Round 64:,porcupine worriors for Christmas