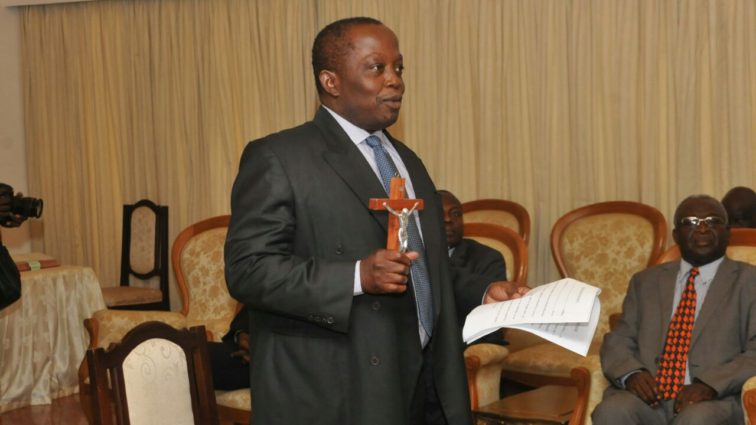 This was after he was asked by President Akufo-Addo to proceed on accumulated leave. This questionable directive for Mr. Domelevo go on leave after which he was shown the exit by same Akufo-Addo regime, received a backlash from many astute legal brains who argued that the decision was perverse and founded on little or no basis.

Civil Society Organisations including CDD-Ghana, Imani Africa, Citizens Movement Against Corruption, Occupy Ghana and others including lawyers such as Martin Kpebu, US-based law Lecturer Prof. Kweku Asare jumped to the defence of the vociferous Auditor General Domelevo, and petitioned President Akufo-Addo to rescind his decision but fell in deaf years.

According to Mr. Domelevo, the employees of the Ghana Audit Service who played a role in the surcharge of Yaw Osarfo Marfo on grounds of financial malfeasance have been demoted whilst one other posted to the Northern Region.

Speaking to African Editors after Dovelevo Accountability Lectures on Thursday 1 July 2021 in Accra, Daniel Domelevo said “My heart bleeds for the Audit Service. I must say that ever since the president forced me to go on leave, all the workers who played roles in Kroll and Associate matter about Osarfo Marfo have been demoted”.