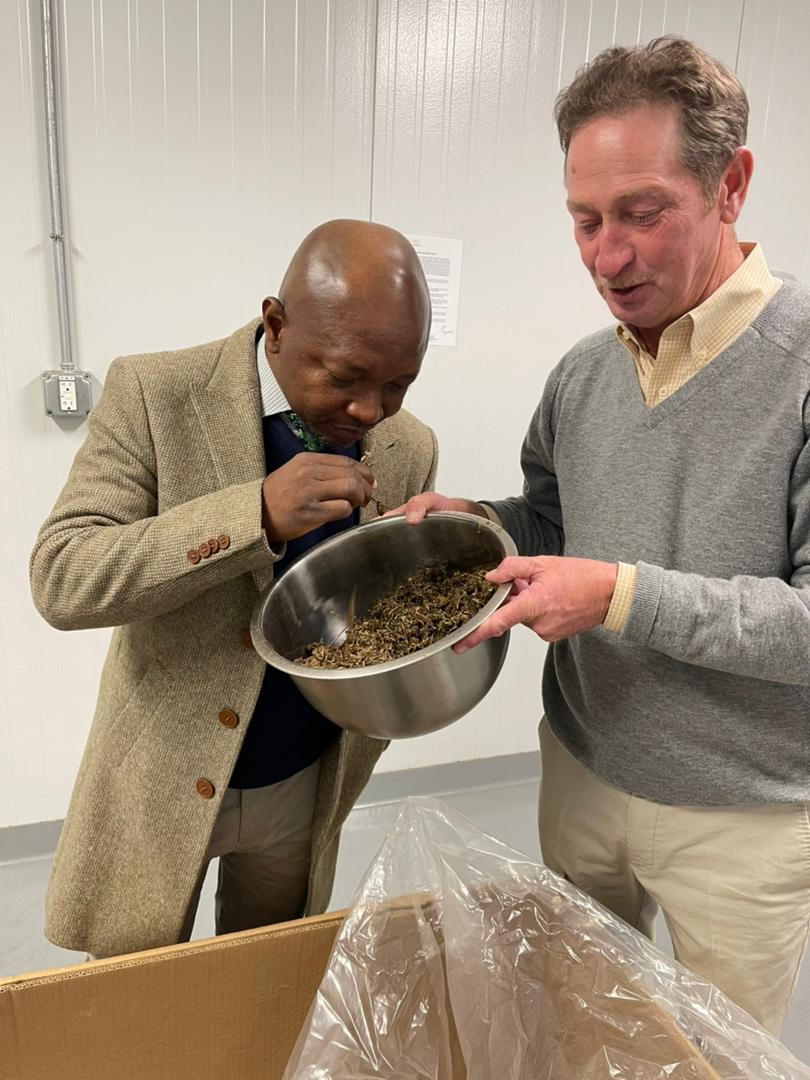 Below is an article on his tour of a cannabis factory in the US:

Not all leaves are created equal. Cannabis, which some call marijuana or ganja, is certainly in a class of its own.

I spent my day on Tuesday at United Tobacco, a factory in Wilson, North Carolina. It’s not just any factory. It’s a 12,000 acre marijuana and tobaccos farm and a factory that employs hundred people along the production chain.

This company, like many others across the United States of America, was established to produce tobacco but has over the years diversified to harness the potential of what has become known as “the green gold.”

I was part of just a handful of Members of Parliament in Ghana that pushed for and got parliament to decriminalize a certain strain of marijuana that allows Ghanaian farmers and business people to obtain licenses and cultivate cannabis for medicinal and industrial purposes.

Our advocacy for decriminalization came with a price. I remember an attempt to court disaffection for me in my constituency by some misguided elements in my party and one very ignorant radio presenter on radio Tamale who used his platform to spew nonsensical articles with the view to portraying me as some ganja smoking, ganja loving and ganja obsessed law maker.

Undeterred, and unfazed by such crass ignorance, we plowed on and got the parliament of the Republic of Ghana to decriminalize a strain of “wee” to create jobs, raise taxes, and make medicine and products for the Ghanaian public. The good news is that the jinn is out of the bottle, and no amount of disinformation, misinformation or propaganda will stop this revolution.

I feel proud, that when the history of this revolution is written, it would be kinder to our selfless efforts. We are at a time when the government continues to over tax and underpay Ghanaian workers. We are at point in history where this government and governments around the world are reeling from the ravages of covid-19.
It requires strategic thinking and innovation. It requires some revolutionary ideas. Countries around the world are harnessing the full potential of the ganja boom, why must Ghana wait it out?

According to a Canadian government statistics published by Reuters in June 2019, “Canada’s federal and provincial governments earned C$186 million ($140 million) in tax revenues from direct sales of cannabis in the first 5-1/2 months of legalization.”

One can put faces to these figures. The old lady who suffers from glaucoma, the poor neighbourhood school that got refurbished, the tax dollar that helped stabilized the Canadian economy.

In the US, “States that have legalized marijuana for adult use have collectively generated nearly $8 billion in tax revenue from cannabis since legal sales first began in 2014, according to a new report from the Marijuana Policy Project (MPP).”

I’ll therefore implore the government of President Akufo-Addo, to rise to the occasion and capture the moment. They should, through the Minister for Interior, which has supervisory jurisdiction over the Narcotics Control Commission, without delay put before parliament when it reconvenes in January 2022, the draft Regulation that would lead to actualizing the law that the people’s parliament passed in the 7th Parliament.