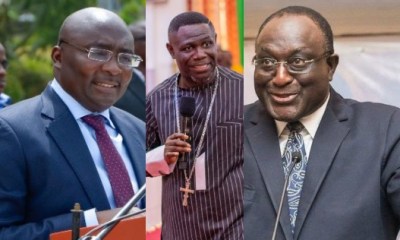 Dr. Bawumia and Alan Kyeremanten have been lacing their boots to vying for NPP flagbearership to lead the governing party during the crucial 2024 as President Akufo-Addo wraps up his second term of office.

According to Prophet Appiah, the New Patriotic Party’s next flagbearer will be Alan John Kwadwo Kyerematen. With such faith in his prediction, he also stated that if Dr. Mahamudu Bawumia wins the race, he will cease prophesying.

The question of who would be the NPP’s next flag bearer has created quite a stir in the political milieu of the country with the Alan camp accusing John Boadu of being bias him.