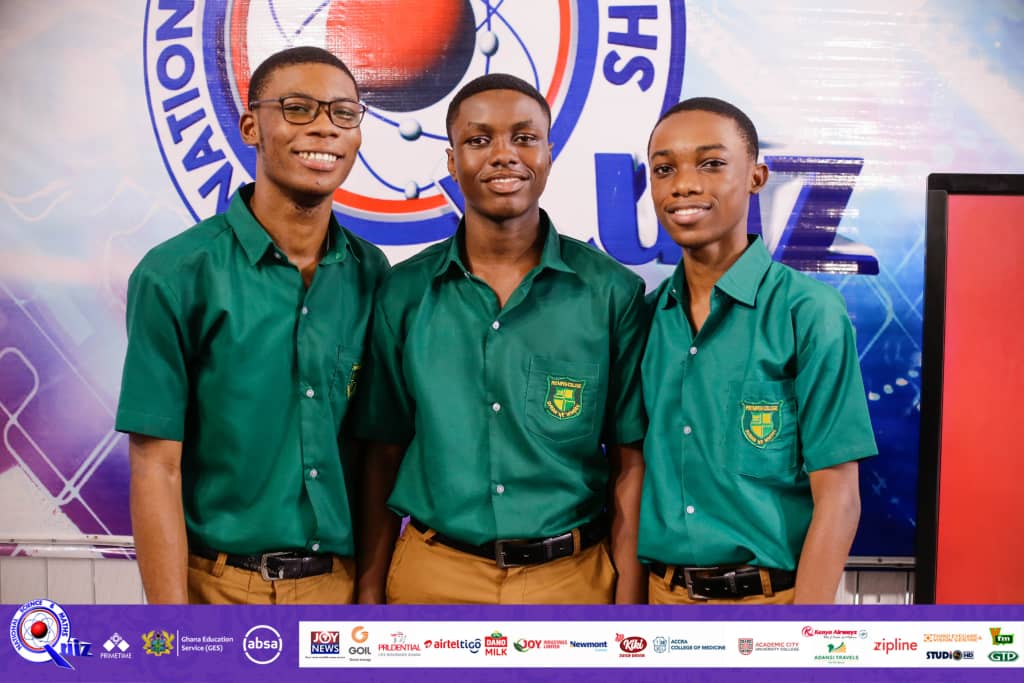 Prempeh College has shut their noisy neighbours Opoku Ware Senior High School (OWASS) and KNUST Senior High School by beating them in the last semi-finals of the NSMQ to set up an epic final with defending champions PRESEC and Keta SHTS.

The last semi-final contest which was among Kumasi-based schools was more of settling a long-standing debate on which school is the best in the Ashanti region.

Prempeh showed their dominance from round one but was closely followed by OWASS in an exciting contest.

In the end of round five, Prempeh emerged as winners with 67 points followed by OWASS with 59 points and KNUST SHS earning 38 points.

Prempeh was also adjudged the school with the highest scores( 67) in the semifinals which earned them 3,000 cedis.

It’s all set for the grand finale of the NSMQ 2021 on Friday 26th November, 2021, between the defending champions PRESEC, first-timers Keta SHTS and four times champions Prempeh.

It promises to be more exciting as all the three schools are solid.