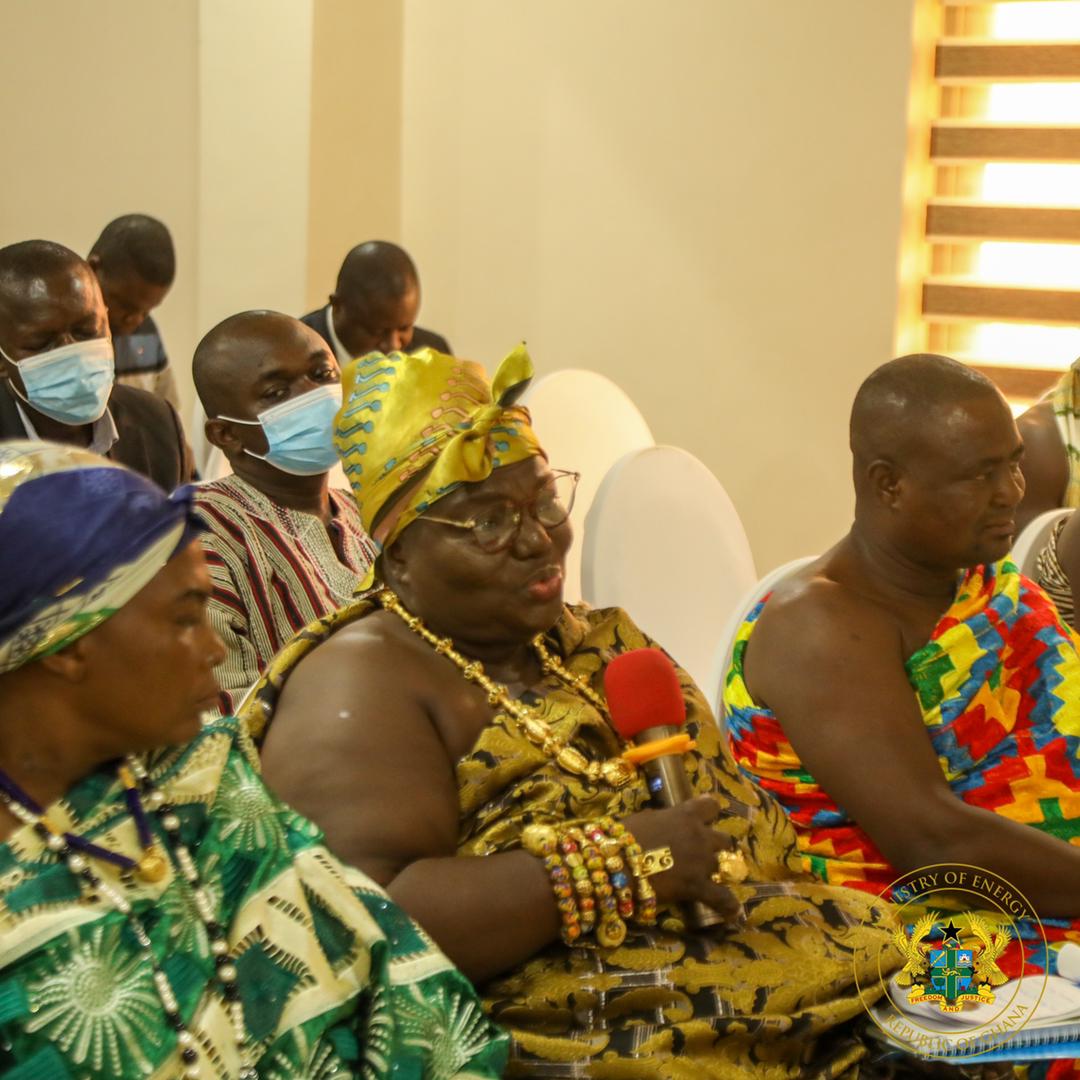 The Nifahene of the Sunyani Traditional Council, Nana Kwame Addai Kuntuma IV, has pledged the full support of the Council for the government’s energy transition initiative at a stakeholders’ forum held yesterday at the Eusbett Hotel in Sunyani, capital of the Bono Region.

Speaking on behalf of the traditional council, Nana Kuntuma said the initiative to transition from the use of fossil fuel to cleaner sources of energy was a laudable idea as it has positive implications for the environment.

“Just as tradition must evolve to meet the needs and aspirations of the people, it is also important, when the situation demands, that we are able to look at other resources that inure to the benefit of our people and make the necessary adjustments where necessary”, he observed.

Commending the government for the bold step of the stakeholder engagement on a regional basis, Nana Kuntuma expressed his delight at the attempt to bring the conversation to the local level and engage the people of this country in this important step, and reiterated the traditional council’s support for the Energy Ministry in its drive towards cleaner fuel.

On Tuesday 22nd February 2022, the Vice President, H.E Alhaji Dr. Mahamadu Bawumia, launched the National Energy Transition Forum in Accra to set the ball rolling on a national conversation on energy transition. This was on the back of a global agenda, driven by the Paris Agreement and other international consensus-building platforms on the subject, including the COP26 Conference in November 2021 on Climate Change in Glasgow, Scotland, which was addressed by President Akufo-Addo.

Various dignitaries present at the Sunyani event included Nana Akosua Duah Brayie, the Paramount Queen-mother and her entourage, MMDCEs and Staff of various Assemblies, Vice Chancellors and Academia from various institutions, CSOs, NGOs, Media personnels as well as Ghanaians from all walks of life.

In this article:Sunyani Traditional Council,throws its weight behind government’s energy transition initiative