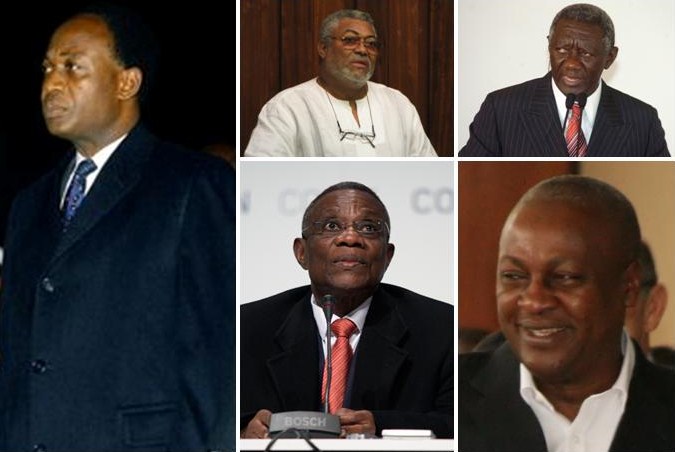 The Saga of a Political Guru- chapter 3

Life at Sodom and Gomorrah was surprisingly brisk at that time of the day. People were going about their normal duties as if it was already seven in the morning. Some women were busy preparing all kinds of dishes for sale. Loud music was heard from a nearby akpeteshie bar and some women believed to be prostitutes, twisted and wriggled their waists to the tune of the music.

Kweku Ananse shook his head and said in a low tone, “This is indeed Sodom and Gomorrah.” He walked further, trying to find his way out through the hundreds of haphazardly constructed rickety wooden structures some people called their homes.

After sometime, Ananse came to a less noisy place within the community. He stood there for a brief moment, probably to survey the area, and began, “My brothers and sisters, the coming of the Lord is near, repent and give your lives to Christ and you’ll be saved…”

Many people seemed disinterested in Ananse’s preaching, and only a handful of people gave him their attention. As soon as he realised some people were listening to him, he changed his tactics and began to prophesy. “There’s someone in this community who witches and wizards have turned into a goat, and have put a noose around her neck, ready to slaughter. I have been sent by the good Lord to speak to this person directly. You have developed some rashes on your neck and have been having a severe headache for some time now. Today is your day of deliverance; come and you shall be free!”

At once, a woman who had symptoms similar to what Ananse had described dashed forward. With tears in her eyes, she pleaded with him to pray for her. This drew the attention of many, and in no time, people came in droves to listen to his prophecies. The crowd shouted, “Osofo, give us more prophecies.”

Ananse seeing that the crowd was getting excited, took a few steps backward and forward, and pretended he had been filled with the Holy Spirit.

“Oosh, Sanda, la, ba, ba, ba, shokoto, la, bata, talibata, koto,” he spoke in tongues. “Oosh! Hippic! Hippic! Hippic! Hippic! Boomcha! Chachaboom! Boomcha! Boom! Boom! Cha,” Ananse exclaimed and made series of movements in a lyrical performance. “My sisters and brothers in the Lord,” he said, “just last night, I had a vision and God called me, ‘Kweku Ananse my daughter!’ Some people tried to suppress laughter. “Sorry, my son,” corrected Ananse. “God said, ‘Kweku, go to Sodom and Gomorrah. There is a boy who is in dire need; his name is Baba Bukari and his mother is Mamuna. He comes from Nayiri in the northern region, Kweku Ananse, go and deliver him from his problems.’”

Ananse asked whether Baba was around. Right away, a tall lanky young man approached him. “Are you Baba?” asked Ananse.

“Yes pastor,” answered the young man. Kweku could not hide his excitement,

“Praaaise the Lord!” He shouted.

Kweku Ananse held Baba’s hand and said, “Young man, deliverance has come to you today. Your suffering has come to an end; henceforth, you’ll be the head and not the tail.”

“Amen,” the crowd shouted in unison. Ananse told Baba to see him after the service.

Ananse raised the tune of a popular gospel music and the rest joined him in singing:

I will lift up your name higher,

Great Jehovah you are wonderful,

Great Jehovah you are wonderful,

During singing, he appealed to his congregation to bring five big bowls. In less than five minutes, five women hurriedly came out with five huge bowls.

“The Bible says, cast your bread upon the waters, and you’ll receive it in the future, and remember the Bible again says that God loves a cheerful giver.” Ananse blurted out. Amidst singing and dancing, the congregation gave their offerings gladly, and soon one bowl was full of money.

“I want all those trusting God for visas to travel abroad to raise up their hands,” Ananse said. Myriads of hands popped up at once. “Now, those of you with your hands raised, I want you to take a step of faith and put twenty Sikaman shillings each into this bowl, and you’ll receive the greatest miracle ever. Few people came forward with their money while many others

disappeared behind kiosks, apparently going home to take more money. Soon, they returned, and in a moment, money kept dropping into the bowl until the second, third and fourth bowls were filled to the brim.

As if that was not enough, he cajoled those wanting to have breakthroughs in their businesses to put a seed offering into the fifth bowl. The last bowl also became full and after singing a few choruses, Ananse brought the service to a close.

By the help of some members of the congregation, the money collected as offerings were put in several card boxes and packed into the booth of a chartered taxi.

“Sorry, Baba, I nearly left without seeing you,” apologised Ananse. After a few discussions, he told Baba to meet him at 2.00 p.m. prompt at the office of the Daily Monitor newspaper the next day.

Midway to Mayera, a motor cycle sped pass the taxi in which Ananse was travelling. The occupants of the motor cycle spread garden eggs which had sharp objects in them on the road, and as soon as the tyres of the taxi carrying Ananse passed on them, all the four tyres were punctured and the taxi came to a stop. The motor cycle rider and his accomplice rushed and pulled out guns on Ananse and the taxi driver. They demanded the money in the taxi. The taxi driver wanted to resist, but Ananse told him not to. “Let them take the money, you ought to have been at Sodom and Gomorrah this morning to see the sort of miracles I performed,” vaunted Ananse, “I have the power to double the amount in this car. I’ve given charms to many people, which can let them disappear and appear at will.”

Because of the risky nature of their activities, disappearing charms are something armed robbers cherish so much. So as soon as Ananse spoke about those charms, the men quickly put their guns in their pockets and asked how he could help them get some charms.

The robbers helped Ananse and the taxi driver to fix the tyres of the car, after which Ananse sent one of the robbers to the Alata market to buy materials for the charms.

In some hours’ time, Ananse got the materials and had them sewn into talismans. He gave them to the robbers and demanded two hundred Sikaman shillings as his fee. The robbers gladly paid and they parted company.

As soon as the thieves were out of sight, Ananse laughed and said to the taxi driver, “Look at those fools, they think they can outsmart Ananse.”

In the end, Ananse managed to get to his destination safely with the money.

In this article:chapter 3,Political Guru,The Saga of a