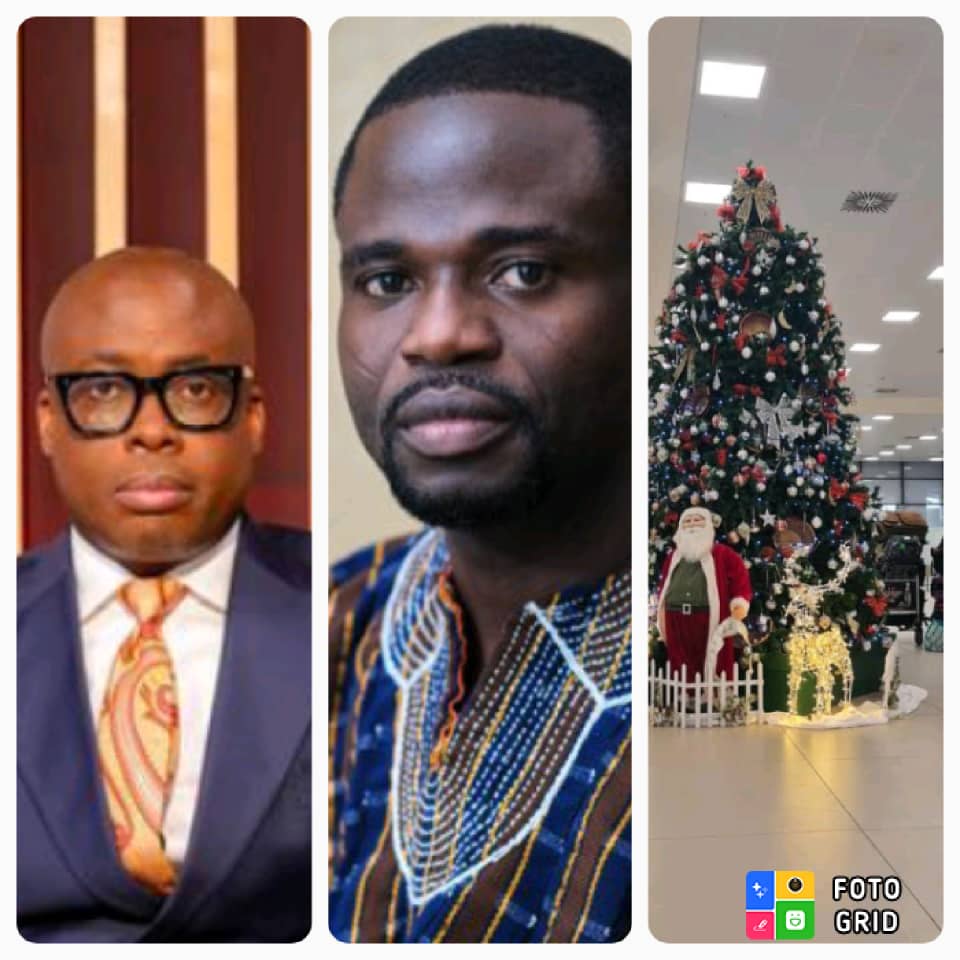 Multiple award-winning Investigative Journalist Manasseh Azuri Awuni has challenged Board Chairman of Ghana Airport Company Limited( GACL) Paul Adom Otchere to conduct a touchscreen analysis of the break down of procurement of the Christmas trees at the airport that costs the nation a whopping ¢84,000.

Board Chairman of GACL Adom-Otchere used his social media to give some explanations to what he called ‘propaganda’. In his bid to explain admitted the company indeed spent the ¢84,000 but ¢50,000 came through sponsors. So the company spent only ¢34,000.

In a sharp rebuttal, the Investigative Journalist Mansseh took to his Facebook page and thrown an open invitation to Adom-Otchere to return to his usual touchscreen and explain to Ghaianans why GHC84,000 should be spent on Christmas trees.

He started by saying someone sent him the leaked invoice and he has also taken his time to read into details the stories. He wondered why a Board Chairman will spearhead a procurement of Christmas light.

“Someone sent me these leaked documents about the procurement of Christmas trees used in decoration by the Ghana Airport Company. I have also read on 3News.com that houseboy has responded to what he calls “propaganda.” He has also confirmed the GHc84,000 expenditure. The first thing that caught my attention was the bill addressed to Board Chair. What business has the chairman of a board got to do with the procurement of Christmas lights? Why would the company do that?”.

In his post he also indicated that he would not respond to his “Childish weekly analysis on him which he thinks is inspired by his affiliation to Jospong, but when it comes to how the state resources are managed he will respond.

“We won’t respond to the childish weekly “touch screen” jokes inspired by Jospognic demons, but when it has to do with how state resources are managed, we should all be interested, shouldn’t we?”

He went ahead to say, since he is a master of touchscreen analysis it will be fair to Ghanaian for him to give us a touch screen analysis on what the ¢84,000 was used for.

“And it’s only fair that we expect a touch screen analysis of what exactly this 84,000 cedis was used for. The services of the first company were named in houseboy’s response, but he only said, “The other inspirations were provided by Favors and Arts for a total cost of GHC 84,000.”